A Nigerian lawyer, politician, Senior Advocate of Nigeria. He was sworn in as minister of Justice and Attorney-General of the Federation (AGF) in 2015. He is one of the ministers from the last cabinet who retained his post. He has proved himself to be loyal and trustworthy in his past activities.

With his past activities, he has shown that he is capable of putting Nigeria’s educational system back on the track.

Abubakar Malami was born on 17 April 1967 in Birnin Kebbi, the capital of Kebbi State, Northersn part of Nigeria to the family of Lt. Hon Khadi Malami and his wife, Halima Malami

He had his primary school education at Nassarawa Primary School, Birnin Kebbi and then proceeded to College of Arts and Arabic Studies for his Secondary school education. In1991, he graduated from Usmanu Danfodiyo University where he studied Law and was called to the bar in 1992. Abubakar is an alumnus of the University of Maiduguri where he obtained his master’s degree in Public Administration in 1994. After his graduation, he became a legal practitioner, serving in various capacities including being a counsel and magistrate in Kebbi State.

On receiving his university degree, Adamu Adamu was hired as an accountant at CCP, and then continued to work at the CNL in Bauchi State, before joining the local government in the same position. Later he changed to be a writer and public analyst. He took his first newspaper editor job in 1984 but made a name for himself as a columnist for Daily Trust. During those years, he became known as an active commentator on the events that transpired in Nigeria.

For many years, he served as a Personal Assistant to Soloman Lar, one of the original supporters of the PDP and its first National chairman. Prior to his appointment as the Minister of Education, Adamu Adamu has worked as the Secretary of Muhammadu Buhari’s Transition Committee.
The country desperately needs a new vision that would help put the educational system back on track. It’s important for every individual school and university to carry out their duties with professionalism. However, without the correct general course and the necessary support from the Ministry, they can’t do anything

• Senior Advocate of Nigeria in 2008
Politics
Malami was the National Legal Adviser of the defunct Congress for Progressive Change.He was actively involved in the formation of the All Progressives Congress (APC) in 2013 as the resource person to the Manifesto Drafting Sub-Committee of Inter Joint Party Merger Committees between the Congress for Pnjrogressive Change (CPC), Action Congress of Nigeria (ACN) and the All Nigeria Peoples Party (ANPP). In 2014, Abubakar contested for the governorship ticket of the All Progressives Congress in Kebbi State but lost the primaries to Atiku Bugudu.
On 11 November 2015, Abubakar was appointed as Minister for Justice and Attorney-General of the Federal Republic of Nigeria thus making him the youngest minister in Muhammadu Buhari’s cabinet. On 21 August 2019, he was re-appointed as the Minister of Justice and Attorney General of the Federation by President Muhammadu Buhari on 21 August 2019.

Prior to the time he became a minister, he had served in different capacities, some of which are:
• National Legal Adviser of the Congress for Progressive Change (CPC)
• Chairman, Legal team, CPC Presidential Campaign Organization in 2011
• Member, PDP Legal Team, Election Petition in 2003
• Member, Kano State Local Government Election Tribunal in 2004
• Chairman, APC Kano state Congress Appeal Committee in May 2014 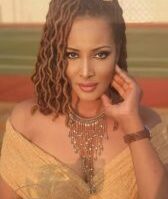 Early Life The Nigerian diplomat, certified lawyer, businesswoman, and politician, Bianca Odinakachukwu, Olivia Odumegwu-Ojukwu was born on the 5th of…