Ace Magashule is a South African famous politician, and former anti-apartheid activist, who was the secretary General of the African National Congress until his dismissal on 3 May 2021.

Born on the 3rd of November 1959, Ace served as the Premier of the Free state and is famously known to be influential the in the jurisdiction he serves. 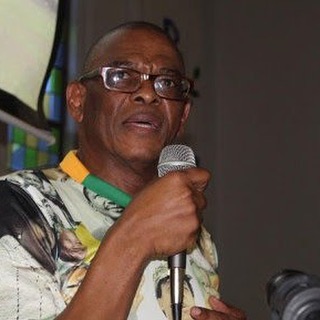 While in school, he gained the nickname “Ace” on the school soccer field. After his basic education, Ace further enrolled in Fort Hare University where he obtained a Bachelor of Arts degree.

In his early years, Ace was a member of the Tuimahole Youth Congress and the Congress of South African Students. At Fort Hare in 1982, he was arrested for engaging in a protest against a visit by the Ciskei Prime Minister Lennox Sebe and convicted of spurring public violence.

Also, in the 80s, he played a significant role in the Democratic Front (UDF) in the Northern Free State and was involved in organizing a rent boycott in Tumahole. In 1985, he was arrested and detained for his UDF activities and sent into exile in 1889.

During his tenure, the province elective conferences were challenged in Court and he was accused of rigging votes. He was also part of the “Premier League”, an unofficial ANC lobbying group that was active under Jacob Zuma’s presidency and was composed of himself, Supra Mahumapelo of the North West, and DD Mabuza of Mpumalanga.

In 2005, Ace was directly elected to the ANC Party Executive  Committee after he had served as an ex officio member of the committee for more than a decade. In December 2017, Ace was elected as the Secretary General of the party during the 54th ANC National Conference.

Ace Magashuke is happily married to the love of his life Seipati Magashule. According to reports, Ace and Seipati dated for a while before they tied the knots. However, the couple is blessed with three beautiful children which include; Thoko, Thato and Tshepiso.

Their first son, Tshepiso dominated South African news pages after it was alleged that his father had online shady business with the notorious Gupta family.

The exact amount of Ace’s net worth is not available to the general public. However. His net worth is estimated to be between $10 million and $16 million.