Back to All Biographies
Acting Influencing

Published by Emmanuel Ojatunwase on 31st May, 2022

Ali Nuhu Mohammed is a Nigerian actor and director. He acts in both Hausa and English movies and he is also known as the king of Kannywood or “Sarki Ali” by the media; Ali Nuhu has appeared in more than 500 Nollywood and Kannywood films and earned numerous accolades. Nuhu is widely regarded as one of the greatest and most influential actors of all time in the history of Hausa Cinema, as well as Nigerian Cinema in terms of audience size and income, he has been described as the most successful Hausa film star in the world. 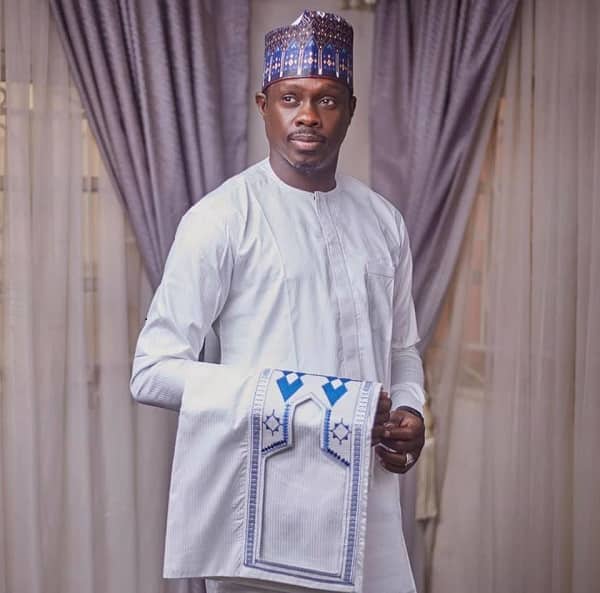 Ali Nuhu was born on 15 March 1974 in Maiduguri, Borno State, in the northeastern part of Nigeria. His father Nuhu Poloma hailed from the Balanga town of Gombe State and his mother, Fatima Karderam Digema hailed from the Bama Local Government Area of Borno State. He grew up in the city of Jos and Kano State.

After secondary school education, he received a bachelor of art degree in Geography from the University of Jos. He did his National Service in Ibadan, Oyo State. He later attended the University of Southern California for a course in film production and cinematic arts.  He received an honorary doctorate from ISM Adonai American University, Benin Republic in 2018.

Nuhu made his acting debut in a movie in 1999 titled Abin sirri ne. He is best known for his role in Sangaya which became one of the highest-grossing Hausa films at that time. Ali Nuhu starred in several sequel films, including Azal, Jarumin Maza, and Stinda in which he was awarded the Best Actor in a supporting role during the African Movie Academy Awards (2007). In 2019, Nuhu celebrated his 20th anniversary in the entertainment industry where he has appeared in about five hundred movies.

The famous Nigerian movie star is a happy family man. Ali Nuhu is married to Maimuna Garba Ja Abdulkadir. The Kannywood star has three wonderful children, two daughters Fatima, Nawahir, and a son Ahmad. The famous actor’s marriage is a successful one. He has been married for 18 years. He got married in 2003. In an interview, Maimuna Garba Ja Abdulkadir said that being Ali’s wife made her an open-minded person. Ali’s wife described her husband as a thoughtful husband and a father who can serve as a wonderful example for his children. As a hugely famous figure, Ali Nuhu has also been the subject of some rumours. Recently, Ali and Hausa actress Hadiza Gabon’s photos appeared on the Internet. It caused rumours about his alleged ‘second marriage’, but these rumours have been dispelled.

Beyond his acting career accomplishments, Ali Huhu has been involved in numerous humanitarian efforts.

He has been described as one of the most successful and richest actors in Nigeria. He is perhaps, the wealthiest actor in the Hausa movie industry. Nuhu’s estimated net worth is $1 million.