Amamkele Litemba Qamata professionally called Ama Qamata is a South African actress and filmmaker. She is popularly known for her role in the Netflix original TV series, “ Blood & Water “.

Over the years, Ama has proven a force to reckon with in the South African entertainment industry as she has made her country and fans through her outstanding acting in movies. 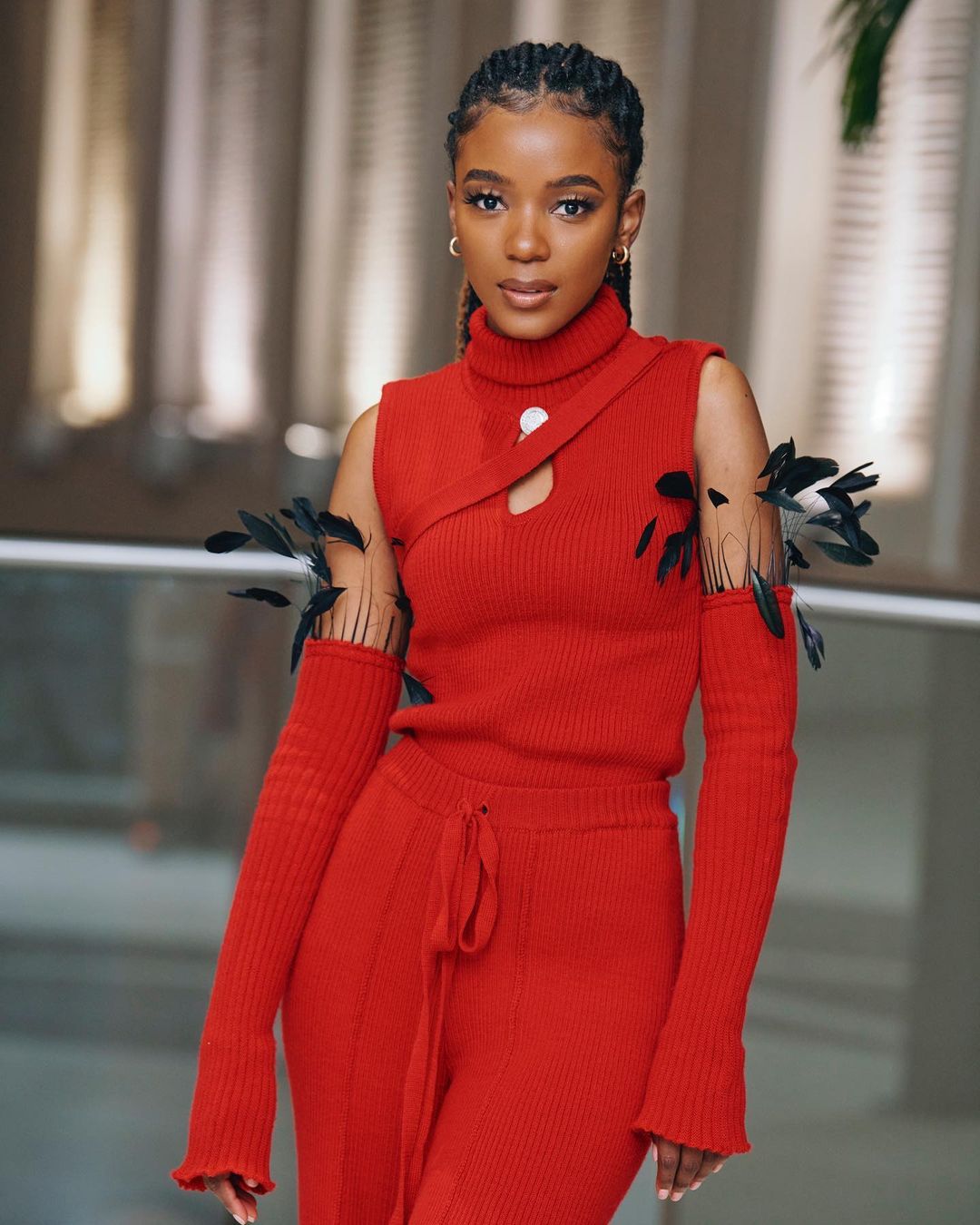 Ama was born on the 2nd of September 1998 in the Eastern Cape Village of Cala in the Sakhisizwe Municipality, South Africa. At 3, she and her family relocated to Johannesburg.

She started and completed her primary and secondary education at Reddam House School in 2016. Before she enrolled for her higher education, she took a year gap and later enrolled at the University of Cape Town for a degree in Theatre and Performance. Ama later withdrew from the institution during her second year because of personal reasons.

The 22-year-old actress started her acting career when she was a child. She bagged her first drama appearance when she played the snow white role in one of her school drama events. Also, she made her first appearance on the screen as she was featured in advertisements for Mcdonald’s and Cheese Curls.

In October 2016,  she made her debut appearance on TV in the second episode of SABC1 sitcom, My Perfect family season four, taking the recurring role of Naledi. She also featured on a South African soap opera, Muvango, which aired on SABC 2, alongside other actresses including Maumela Muhuwa, Digaan Khumalo and Gugu Nkosi.

In 2018, Ama landed another role on the ETV soapie, Rhythm City, playing the role of Thandi. She also played the role of Buhle in the series Gomora and Amina in the movie Commandos: The mission.

In 2020, she was shortlisted to be part of the Netflix series Blood and Water, playing the role of Puleng Khumalo. The casting director of the series, Kutlwano Ditsele, was also the producer of Gomora.

Ama has no record of past relationships and she’s currently single. However, she has stated that her boyfriend would be a Nigerian but hasn’t announced anything about being in a relationship.