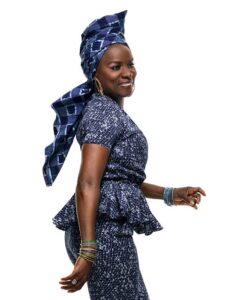 The renowned movie star Angelique Kidjo was born in the ’60s to a beautiful family of nine in Ouidah, Benin.

Born on July 14th 1960, Angelique’s mother is of Yoruba origin while her father is of Fon descent.

As it was, Angelique is multilingual; she is fluent in English, French and three other African languages including Yoruba and Fon.

Notably, Angelique’s parents were lovers of music; her mother was a choreography and theatre director while her father was a musician.

Growing was fun and adventurous for Angelique; her parents were into music. That alone is a lot of adventure.

For her education, not much is known about Angelique’s educational background. However, she attended and studied Music at the prestigious CIM, a reputable Jazz school.

In 1983, at the age of 23, Angelique Kidjo relocated to Paris due to obvious reasons. The then political unrest in Benin that prevented her from being an independent artist in her country.

While in Paris, she started as a backup singer in some local band. She continued until 1985 when she became the front singer for Jasper Van’t Hof’s Euro-African jazz/rock outfit Pili Pili.

Before 1990, Angelique recorded an Album “Pretty” with a Cameroonian music producer Ekambi Brilliant and her brother Oscar. This was precisely in 1988.

The Album featured songs like “Ninive, Gbe Agossi,” a tribute to one of her role models, Singer Bella Bellow.

Altogether, Angelique has released several hits songs, videos, and thirteen albums. As well, she made soundtracks for movies, jingles, and documentaries. 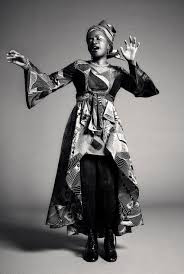 ° National Council for Research on Women, 2009

° Commander of the National Order of Benin, 2008

° Medal of the Presidency of the Italian Republic, 2008 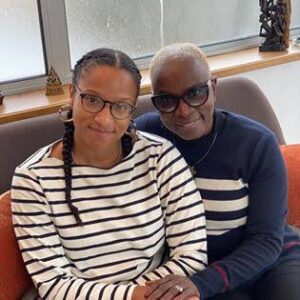 Angelique Kidjo and one of her daughters.

Yes, kindly, Angelique got married to Jean Hebrial, a French musician and producer in 1987.

As it was, while Angelique was in Paris Jean is the producer who assisted her with musical productions.

Now, the couple is married and are living happily ever after. In 1993, they gave birth to their daughter Naimat Hebrial Kidjo.

These among others are some of prestigious institutions that have honored Angelique with an honorary doctorate degree;

° “From the moment you are clear in your vision of yourself and how you project that vision in your family, your community and in the world, that’s all that matters.”

° “I don’t care about the skin color, everybody is a human being. Beneath every skin color, you bleed red. That’s just the bottom line of the truth.”

° “It doesn’t matter what challenge you face, the most important thing is, when you fall, how you rise and how high you want to go, where you want to go from that rise on.”

° “Education is very political, because when you educate the people, then you have a country that you can’t fool anymore.”

° “Your brain is your greatest weapon. Connect it to your heart, and you can go anywhere.”

Over to you! What else do you want to know about Angelique Kidjo? Tell me about it with a comment box…