In this post, I will share with you Munirat Antoinette Lecky’s biography, early life, early career, net worth, and some other things you probably didn’t know about her. Let’s start with her early life. 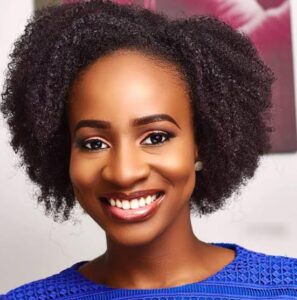 Born in the United States of America in 1989, Anto’s parents are a native of Edo State, a state in the South-Western part of Nigeria. She’s a Yoruba by tribe/ethnicity, a Southerner by region, a Nigerian-American by nationality, and a Christian by religion.

Upon graduation, Anto proceeded to the prestigious University of North Carolina, Chapel Hill, wherein she studied and obtained a Bachelor of Arts Degree in Exercise and Sport Science.

In 2018, she was conferred with an honorary doctorate in Business Administration from ISCOM University, Benin Republic.

Before becoming one of the housemates of the season 3 Double Wahala edition of the popular Nigerian reality TV show, Big Brother Naija, Anto lived in the United States with her parents alongside her four siblings – three sisters and one brother.

Notably, the Big Brother Naija show gave her the platform and brought her to the limelight, as it were. Now, Munirat Antoinette Lecky is doing so well for herself, and we at Naija Biography, love to see.

On several occasions, Munirat Antoinette Lecky has been recognized in sports. She was awarded the Nigerian Meritorious Award for Excellence in Sport in 2016, and the BTDT Hub Education Advocacy award in 2018.

Net Worth of Anto

Altogether, Anto’s net worth is estimated to be between $300,000 thousand and $600,000 thousand. She earns her net worth from her careers in the sport and entertainment industries.

What else do you want to know about Munirat Antoinette Lecky? Tell me about it with a comment box.