Want to know more? Scroll down a bit and a bit more because Naija Biography is here as always to feed your curiosity from her wealth of knowledge. 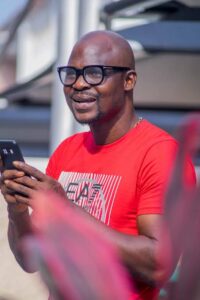 Born and raised in Osun State, Baba Ijesha is a native of Ile-Ife, Osun State. Osun State is a State in the South Western part of Nigeria.

Baba Ijesha joined the Nigerian Yoruba movie industry in the ’80s. Born in the early ’70s, he started acting very early in life.

Then, he relocated from Osun State to Lagos State, wherein, he came to look for a greener pasture in the days.

Notably, he was better known for featuring in a series of Yoruba movies. Of course, he is a Yoruba man and a Yoruba actor, so, there is no mistaken identity here.

Amongst the movies which brought him to limelight were the likes of “Opolo, Afefe Ife, Ololo Masun, to mention only but a few.

As it was, Baba rose to fame after the first set of the movies he featured in were released; mostly comic movies. This was almost immediately when he joined the Yoruba movie industry.

Now, Baba has featured in over 50 Yoruba movies, of which, TV series are inclusive. 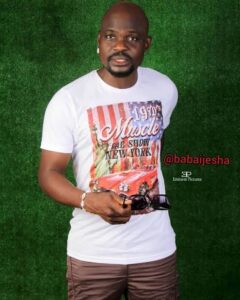 Yes, kindly, Baba Ijesha got married to his beautiful wife on 14th July 2012.

Allegedly, the traditional wedding ceremony which took place in July 2012 was a low key kind of ceremony.

According to the foster mother of the victim, Damilila Adekoya popularly known as Princess Comedian, Baba did molest/rape the girl seven years ago. Then, she was just seven years old.

Seven years after, (the victim is now 14 years old) he came to and molested her again but this time, a secret camera, CCTV did catch him in the act.

Reporting, Premium Times did reveal that the Lagos State police command arrested the actor for allegedly raping a 14 year old girl, a minor.

Over to you! What else do you want to know about Olarenwaju James Omiyinka? Tell me about it with a comment box…