Busisiwe Mkhwebane is a South African advocate, Prosecutor and Ombudsman. She is a woman who loves the law and because of her work; she has rubbed shoulders with the law and important people in society. Busisiwe served as a public prosecutor of South Africa from 2016 to 2020. 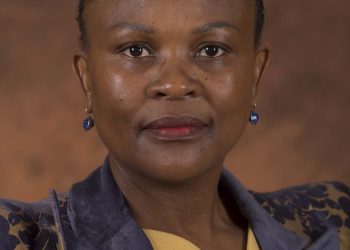 Busisiwe Joyce Mkhwebane, professionally called Busisiwe Mkhwebane on the 2nd of February 1970 in Bethal, Mpumalanga, South Africa. In 1988, Busisiwe matriculated from Mkhephula Secondary School and enrolled in the University of the North, where she obtained a BProc and an LLB.

Busisiwe started her career as a prosecutor in 1994 when she joined the Department of Justice as a Public Prosecutor. In 1996, she became a legal administrator in the International Affairs Directorate. Thereafter, in 1998, she joined the South Africa Human Rights Commission as a senior researcher.

In the subsequent year, Busisiwe joined the Public Protector’s office as a senior investigator and acting provincial representative. In 2005, she left to join the Department of Home Affairs as the Director for refugee affairs and later in 2009; she became the chief director of asylum seekers management.

Busisiwe also worked as a Counselor at Immigration and Civil Service in South Africa’s embassy in China from 2010 to 2014. During this time, a report by the Organised Crime and Corruption Reporting Project stated that Busisiwe had received a US$5000 payment from the Gupta family in connection with a controversial railway contract with China South Rail. However, Busisiwe rejected the allegations placed on her.

In 2014, she returned to South Africa and served as a director of the country’s Information and Cooperation Management at the Department of Home Affairs. From July 2016 to October 2016, she worked as an analyst for the State Security Agency before she was appointed as Public Prosecutor in October 2016.

During her appointment, it was revealed that she has a close relationship with President Jacob Zuma. Bussiwe served as a board member for the Refugee Fund as well as the Director of Business Development at Iyanilla Bricks.

Busisiwe Mkhwebane doesn’t disclose more about her personal life. However, it was reported that she had lost her husband. But there are no details about her husband or children in the public space.

Busisiwe is one of the top personalities in South Africa and she has a net worth estimated to range from $1 million to $5 million.