Back to All Biographies
Medical Politics

Chimoroke Nnamani (May 30th, 1960) is a medical doctor and politician from Enugu State, Nigeria. He served as Enugu State’s governor from 1999 until 2007 after winning the 1999 gubernatorial election. After that, he represented the Enugu East Senatorial District for the People’s Democratic Party (PDP) from 2007 to 2011 and was re-elected in 2019. 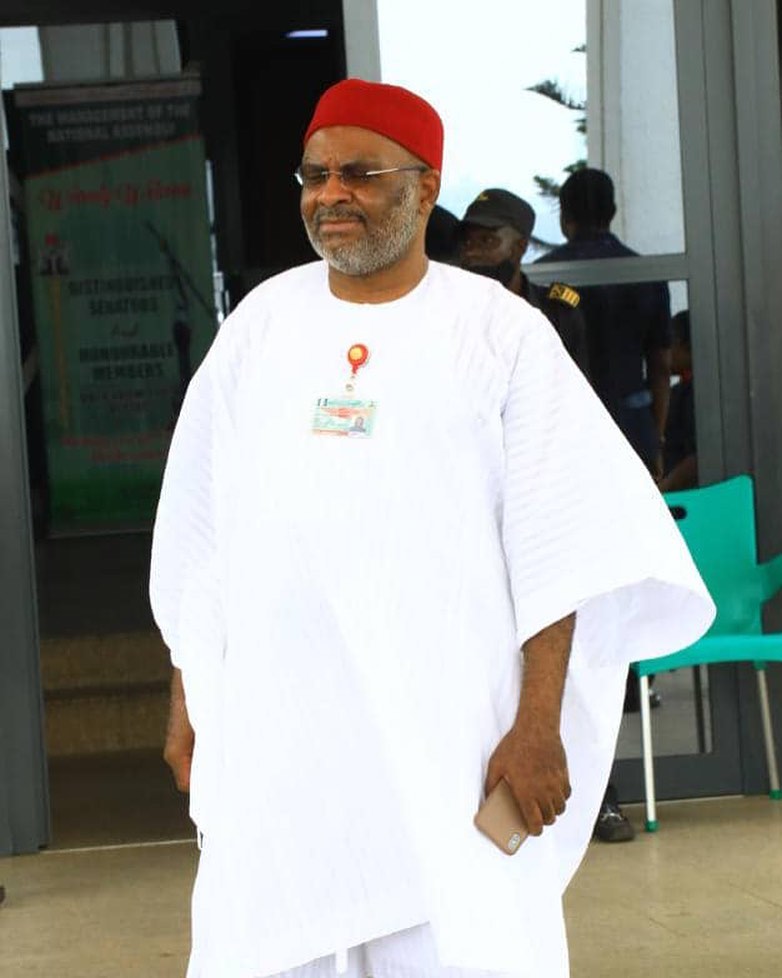 Governor of Enugu State of Nigeria In office :

Chimoroke Nnamani (May 30th, 1960) is a medical doctor and politician from Enugu State, Nigeria. He served as Enugu State’s governor from 1999 until 2007 after winning the 1999 gubernatorial election. After that, he represented the Enugu East Senatorial District for the People’s Democratic Party (PDP) from 2007 to 2011 and was re-elected in 2019.

Chimoroke Nnamani was born on May 30th, 1960, in Port Harcourt, and he hails from Agbani and Kanu West Local Government Areas of Enugu State. He attended both the College of the Immaculate Conception (CIC) and the Methodist Primary School in Enugu. He received his education at the University of Nigeria’s College of Medicine (Enugu Campus).

He furthered his post-graduate studies at the State University of New York and the Inter-faith Medical Center/Down State Medical Centre, Brooklyn, New York, where he studied Obstetrics and Gynaecology.

In addition to the Society for Perinatal Obstetricians, the American Society for Cell Biology, the Society for Gynecologic Investigations, the American Institute for Ultrasound in Medicine, and licensure in California, New York, West Virginia, Virginia, Florida, and the District of Columbia, he was a member of numerous professional organisations. He sits on the Nigerian Medical Association’s (NMA) and Enugu State’s Board of Trustees (BoT) boards.

Chimaroke presided over Enugu State as Governor from May 1999 to May 2007. On the People’s Democratic Party’s platform, he was picked to represent Enugu East Senatorial District in the Senate from 2007 to 2011. (PDP). He ran for re-election on the platform of the newly formed People for Democratic Change (PDC), but unexpectedly lost in controversial circumstances. Again, he ran for the same seat in the 2015 elections and was generally expected to win until, to the surprise of the general public, his primary rival was unexpectedly pronounced the winner, sparking days-long, unplanned, huge protests in the nation’s capital of Enugu.

On May 26th, 2011, Chimaroke, Jacob Nwatu, and four private firms were prosecuted before Justice Benedict Agbata of the Enugu State High Court over 15 fresh charges bordering on alleged misappropriation of state funds and collecting money under false pretence between August 3rd and November 28th, 2002.

Return to the Senate

In 2017, Chimaroke returned to his party from the Enugu State Chapter of the Peoples Democratic Party (PDP). When he chose the party’s senatorial nomination form for the Enugu East Senatorial District, he put an end to growing rumours about his political future and put the focus on the 2019 general elections.

He received 601 votes in the Senate primary election on October 2, 2018, handily defeating six other candidates, including the incumbent Senator Gilbert Nnaji, who received 69 votes. He soon began an energetic street-to-street campaign, which enlivened Enugu City as the populace rushed out to support him. He continued to solidify his reputation as a crowd-pleaser by taking his campaign to all of the development centres in the six local government councils of the senatorial district as well as the major marketplaces.

He won with a big margin in the subsequent National Assembly elections on February 23, 2019. Nnamani received 128.843 votes in total, crushing Prince Lawrence. Ozoemeka Ezeh, who received 14,225 votes, and Uchenna Agbo of the APGA, who received 1,586 votes.

Nnamani has repeatedly credited his smooth return journey to the Senate to the strong backing he received from the Governor of his state, Rt. Hon. Lawrence Ifeanyi Ugwuanyi (aka Gburugburu). He received his certificate of return as a senator-elect from the Independent National Electoral Commission (INEC) on March 14, 2019, and assumed office on June 11, 2019, following the inauguration of the 9th Senate of the Federal Republic of Nigeria.

Chimoroke married Nnenna Agnes Nnamani, who passed away on September 4th, 2015, in Orlando, Florida, USA, as a result of complications from a cerebral aneurysm and sickle cell disease, and had been blessed with a son and a daughter.

Governor of Enugu State of Nigeria In office :