In fact, Chinenye Uba is not just beautiful but talented. In today’s post, I will share some of the things you have been wanting to know about Chinenye Uba. Like, her biography; early life, career, movies, and more.

You are a bit agitated I didn’t see a thing about her marital status. Well, I will share with you her current marital status; whether or not she is married, single, divorced, in a serious relationship, or a ‘single pringle.’

Stick around because all you’ve been wanting to know about your favourite Nigerian celebrity is detailed herein. Naija Biography is here as always to feed you with her wealth of knowledge. Keep reading. 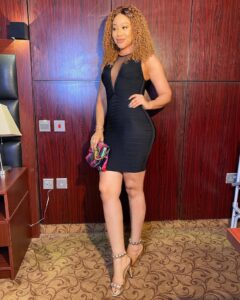 Chinenye Uba was in the late ‘80s to the family of Mr. and Mrs. Uba in Anambra State, Nigeria. Anambra State is a state in the South-Eastern part of Nigeria.

Although Chinenye was raised in Asaba, Delta State, she is originally a native of Anambra State, Nigeria.

Being raised in Asaba, she had both her elementary and secondary even her University education there.

Surprisingly, Chinenye Uba started at a younger age; although not professionally. Yes, kindly, she started acting while she was in secondary school. Then, she was an active member of her school drama club and participated in several drama and stage plays.

As it was, Chinenye didn’t go into acting immediately after she finished her university education. She worked as a model before eventually joining the movie industry.

In 2016, she rose to prominence. This was shortly after the release of the Nollywood blockbuster movie “Akweke.” She, of course, starred in the movie alongside many now-renowned Nollywood stars.

Since she started acting, Chinenye Uba has featured in over 70 movies. These among others include;

° The Hands of Revenge

° My Love My Tears

° Desire of the Royalty

° Heart of a Ghost 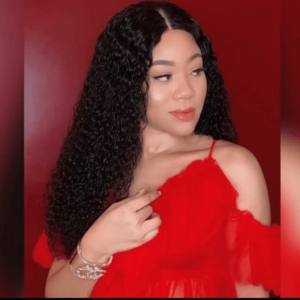 Chinenye Uba has won many hearts, awards, recognitions, and honors since she rose to prominence. These are some of her awards;

Chinenye Uba’s net worth is estimated at $500,000. As it were, she is one the most popular Nigerian celebrities who’d made a name for herself.

We are here! What else do you want to know about Chinenye Uba? Tell me about it with a comment box…

I love her movies so much

She is so beautiful, and i love her movies.

She is pretty and i love her movies

She is a cute lady