Clement Agba is a proactive person, change agent, result-oriented, mentor, defender of the oppressed, father figure, and a great philanthropist who is always ready to love wholeheartedly. He is the current minister of state, budget and national planning…

Clement Agba was born on the 28th of March, 1964 into the family of the Royal Highness, Pius Kadiri Ikanade Agba the Oliola of Uzanu iin Etsako East Local Government Area of Edo State.

He started his early primary education at St Vincent Primary School, Auchi after which he proceeded to St. John’s Grammar School and then to Advanced college, Igueben in 1982.
Clement then gained admission into the prestigious Ambrose Alli University, Ekpoma (formerly known as Bendel State University), graduating with a B.Sc Economics degree in 1985. He proceeded and also obtained two Masters Degrees in Business Administration, one from the University of Benin, Benin-City with specialization in Management and the other from Arizona State University, Tempe, Arizona, the USA with specialization in Supply Chain Management.

Prince Clement Agba has worked for different organizations. After graduating, he first worked for Pegasus Industries before proceeding to Super Engineering.
Around 1990, he joined the then Gulf Oil Company that transformed into the present-day Chevron Nigeria Limited.

On January 23, 2009, Clement Agba was appointed as the Commissioner for Environment and Public Utilities in Edo State. He handled the position until July 26, 2010 when he got another appointment in the Edo State Ministry of lands, survey and housing. He was re-deployed back to the Ministry of environment and public utilities on the 2nd of December 2010.
Clement Agba voluntarily resigned from his position as Commissioner of Environment and Public Utilities and returned back to Chevron Oil in 2012, where he had been given a leave of absence to serve his Edo people. On his return, he was elevated to the position of Manager, Community Procurement Operations.
Clement Agba was appointed by President Muhammadu Buhari as the Minister of state, budget and national planning on the 29th of August 2019.

Prince Clement Agba is happily married to Catherine Agba and the marriage is blessed with four children. She is a Scion of the famous Gaius-Obaseki’s family of Benin-City. She sits as head of one of West Africa’s most renowned and profitable corporate image and branding company, Oak Exclusive Designs Limited.

These honors were to appreciate his outstanding professional performance and achievements and philanthropic projects:
• National Award of Excellence in Leadership as the most outstanding Commissioner for Environment in Nigeria
• Save the Ozone Award of Excellence in Environmental Management
• He is a Professional Fellow of the Institute of Corporate Administration, Fellow Nigerian Environmental Society
• He is also a Diversity Ambassador of Chevron Corporation
Also, he received distinguished awards from the Uzanu Progressive Union, Uneme National Development Union, Auchi Allied Association and many more. 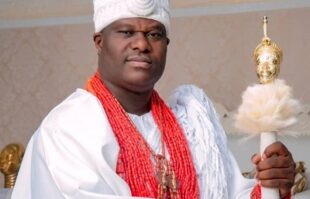 Early Life and Education Adeyeye Enitan Ogunwusi was born in Ibadan, Oyo State, as the son of Prince John Oluropo…