D-black (Born on 12 January 1987) his real name is Desmon Kwasi Blackmore also known as Da Ghana Bwouy. He’s a Ghanaian multiple award-whining musician. D-Black is an entrepreneur, artist manager, CEO of black, and also an anglophone Afrobeat and hip-hop musician who has been known as a successful entertainer. He has been working to become a giant businessman through his businesses and career. 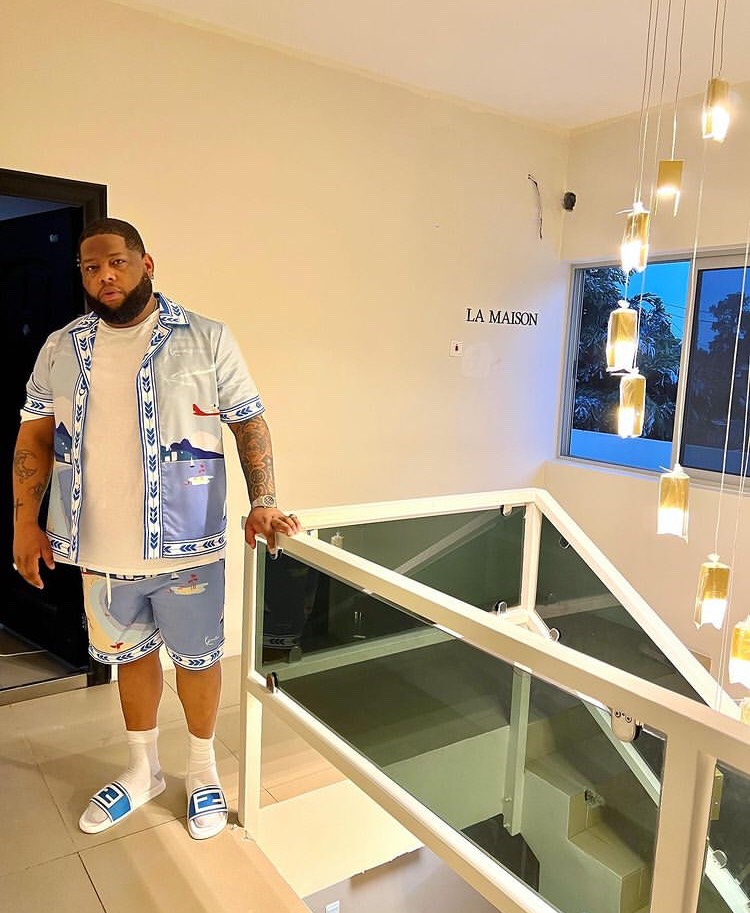 D-Black was born on 12 January, 1987. His father was chairman of Olympics, while his mother was a civil servant. He is a native of Accra Ghana. He attended Ridge Church School and later furthered his education at Pope John’s Secondary school.

After his secondary school, he went to University of Ghana for his degree in BFA Theatre Arts/Music. He also attended University of Cape Town where he was awarded B.A Economics.

D-Black started his musical career in the year 2009 through the group D-black and Kwaku, they released group album titled Target Practice. D-Black and his partner changed their pattern and switched to solo in 2010. He has released the following debut album over the years “Music, Love, and Life”, “The Revelation, Lightwork’ 1 E.P (Smoke and Mirrors)” and “1 mix-tape (Hunger & Thirst)“

He has collaborated with many popular musicians such as Seyi Shay, Bucie, Davido, Mayorku, Phyno, Castro, Efya, StoneBwoy, King Promise, and many more popular musicians from his hometown. He has been nominated for numerous awards and he won several.

D-Black is also founder and CEO of Black Avenue Muzik record label, with act including himself, DJ Breezy, Sefa, Ms. Forson, Osayo & rapper Nina Ricchie, as well as music producer Rony, Turn Me Up. Former acts include Joey B, Freda Rhymz, Dahlin Gage & Wisa Greid. The record label has won label of the year at the 2018 Ghana, Naija Entertainment Awards in Lagos, Nigeria, and was nominated for the record label of the year at the 2019 Ghana Entertainment Awards in New York.

He founded Black Avenue Clothing in 2012, a design company, marketer and importer of different kind of men and women’s apparel.

In 2015, Livewire Events management company was founded, and they produced the Bukom Banku vs Ayittey Powers boxing match at the Kumasi Sports Stadium in 2015. The following artistes performed at the event Sarkodie, Shatta Wale and Efya. Other notable events include the 2018 Kundum Festival Jam in Axim for the Ministry of Tourism.

D-Black has produced Why Should I Get Married movie starring John Dumelo, Maria Nepembe, Princess Shyngle, Eya, Prince David Osei, and The EFGH Show hosted by Peace Hyde in 2015

D-Black revealed that he is not married yet but has 3 lovely children with the same woman and he said he loves his children very much. John Derek Blackmore is D-Black’s father and his mother’s name is Adeline Boateng.

D-Black Networth is estimated at $150,000. Thanks to his music and business which are a live wire Events company, Black Avenue clothing, and many more. It is quite clear that he is one of the richest people in Ghana.