eLDee (born May 23, 1977) is the nickname of former Nigerian-American rapper, singer, and record producer Lanre Dabiri. He now works as an IT consultant in the US. He is a part of the group Trybesmen, which the rappers’ KB and Freestyle founded in 1998. 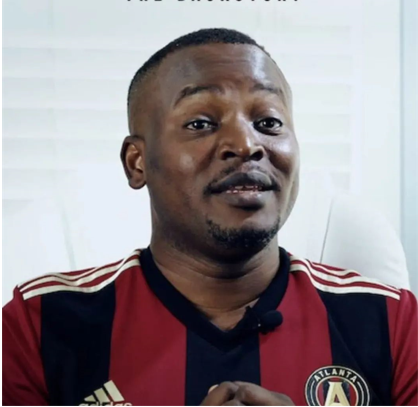 eLDee was born on the 23rd of May, 1977, in Kaduna State. He hails from Lagos State, which falls in the South-Western geopolitical zone of Nigeria. eLDee had his primary school education at Command Children School, Kaduna. He went further to Essence International School for his secondary school education. eLDee later migrated back to Lagos, where he had his tertiary education at the University of Lagos, where he studied architecture and obtained his degree in 2001.

One of the creators of the afrobeat music genre is recognized as eLDee. He formed the group Trybesmen in 1998, and they went on to become one of the bands responsible for popularizing the combination of traditional afrobeat music with hip-hop, highlife, pop, and other genres. By the year 2000, Trybesmen had achieved continental success and had significantly influenced the development of the new musical subgenre.

Long Time Coming is the name of eLDee’s solo album, which he produced after immigrating to the US in 2002. In 2006, he released Return of the King, which features the single “I Go Yarn.” At the Nigeria Entertainment Awards in New York City in 2007, Return of the King took up the “Best International Album” honor. His succeeding albums are Undeniable, Is it your money Vol.1, and Big Boy, which was initially titled Evolution. eLDee has experience as an interactive media consultant, producer, director, and artist.

eLDee is happily married to Dolapo Latinwo-Bello. The couple is blessed with two daughters, Temi and Toke. Since 2002, he has lived in Atlanta, USA.

According to sources online, eLDee has accumulated a quite amount of wealth in the music industry. His net worth is estimated at around $1 million.

eLDee has verified accounts on both Instagram and Twitter with over 119,000 and over 1 million followers respectively. You can follow him on social media platforms through the following handles.