Back to All Biographies
Acting Journalism

In this post, I will share with you Etinosa’s biography, early life, early career, personal life, husband, children, social media handles, net worth, and some other interesting things you probably didn’t know about her. Let’s start with her biography and early life.

The popular Nigerian movie actress, filmmaker, and social media influencer, Etinosa was born on the 9th of March in an unknown year in her birthplace, Warri, Delta State.

Although she was born and raised partly in Warri, Delta State, Etinosa is from Edo State. Edo State is a state in the South-Western part of Nigeria.

What’s more, her father, Mr Idemudia is the owner of Victory Group Of Schools, and a retired NNPC Group (Greenfield Refineries) General Manager.

Upon completing her secondary education, Etinosa attended the prestigious Covenant University. There, she studied and bagged a Bachelor of Science Degree in Computer Science in 2011.

Attending a movie/acting school founded by Emem Isong named Royal Arts Academy to improve her acting skills, Etinosa obtained a Diploma in Performing Arts from the school in 2016.

As it were, Etinosa started her career in the Nigerian entertainment industry as a skit maker in 2013. Then, she would post her short skits on her social media handles.

Notably, she won the award for the Exceptional Online Comedian Act at the 2016 Scream Awards. Since then, Etinosa has been doing so well for herself and has migrated from being just an online skit maker to being a full-time movie actress.

Is She Married? Husband, Children

Yes, please. Nigeria’s movie actress and filmmaker, Etinosa Idemudia is married to his lovely husband with whom she now has a child.

Whilst she is yet to post the full picture of her partner with his face in it, rumors have been going around that Ighorosa is the name of her husband.

Idemudia is on Instagram as @Etinosaofficial with hundreds of thousands of people following her. You can choose to follow her to keep up with her on a more personal basis.

Net Worth of Etinosa Idemudia

Altogether, Etinosa Idemudia’s net worth is estimated to be around $100,000 thousand and $400,000 thousand. Of course, this is linked to the fact that she is doing well for herself in the industry. 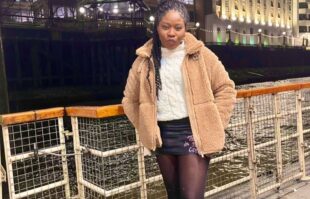