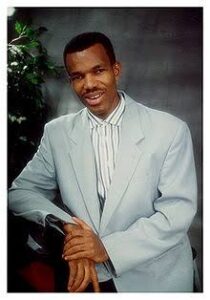 The renowned Nigerian movie actor Francis Agu was born in the ’60s to the beautiful family of Mr. Fidelis and Mrs. Virginia Agu in Lagos, Lagos State, Nigeria.

Born on 18th February 1965, Francis is originally from Enugu-Ngwo, Enugu State. Enugu State is a State in the South-Eastern part of Nigeria.

Being born into an Igbo Catholic family, Francis was held responsible for his actions. In fact, he was a member of altar boy and lector at St. Dominic’s Catholic Church, Yaba, Lagos.

Notably, Francis is the seventh child of his parents’ eight children.

He had his elementary and high school at Ladi-Lak Institute Alagomeji, Ebute-Metta, Lagos and St. Finbarr’s College, Lagos respectively.

Afterwards he gained admission to the prestigious University of Lagos (Unilag), where he studied and bagged a Bachelor’s Degree in Mass Communication.

Francis Agu would have celebrated his 56th birthday if he were alive today. Sadly, he passed away. May his soul continue resting in the blossom of the Lord.

Later, he bagged his first movie role in a movie which later became a blockbuster movie. “Living in Bondage” was the movie that brought him to the limelight as well.

In the movie, he played the role of Ichie Millionaire; a role that also contributed greatly in his career. 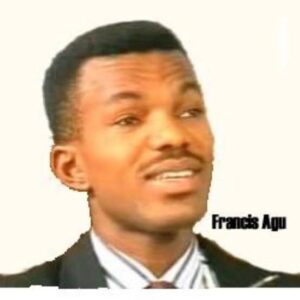 Since Francis joined the movie industry, he has featured in over 100 movies. These are some of his features among others;

° The Gods Are Not to Blame” by Ola Rotimi (Book adaptation)

° This is Our Chance

° A Minute to Midnite

As a producer, Francis produced his first movie “Jezebel” in 1994.

° The Boy is Mine

° Name of the Father

We are here! What else do you want to know about Francis Agu? Tell me about it with a comment box…