Jackie Appiah Agyemang (Born on 5 December 1983) is an award-winning Ghanaian Actress, fashion model, influencer, and movie producer. She was born in Toronto, Canada, Before moving to ghana in 1973. Jackie Appiah started acting at an early age and she has become very successful. She was nominated for Best Actress In Comedy at the 2015 Africa Magic Viewers Choice Awards. 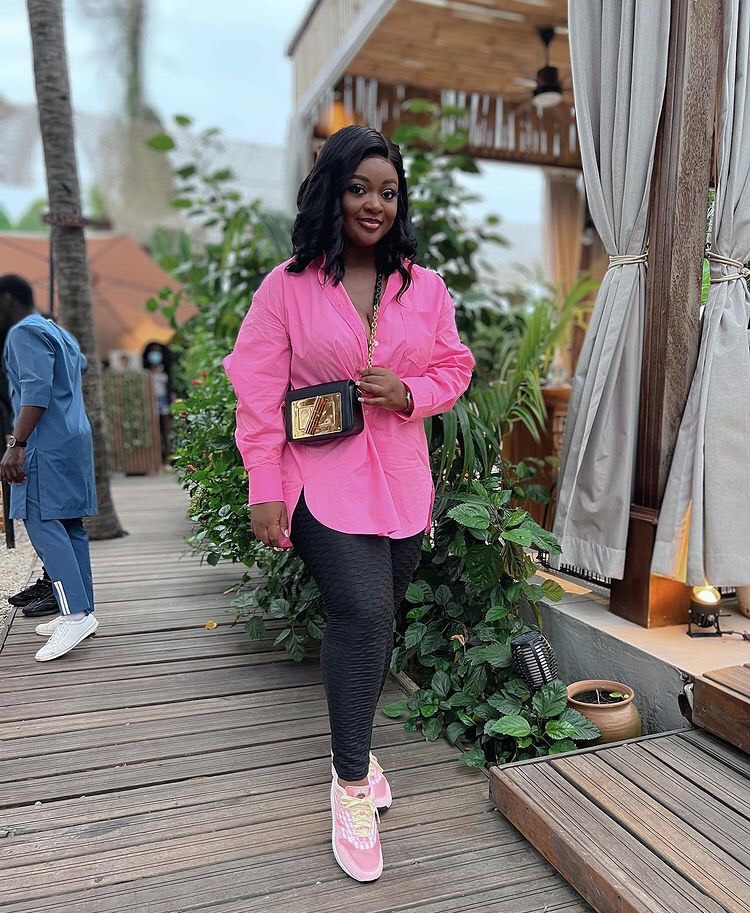 Jackie Appiah was born on December 5, 1983. Her father’s name is Kwabena Appiah, he is the younger brother of the late popular lawyer Joe Appiah in Kumasi and her mother’s name is Janet Owusu. She moved to Ghana with her mother in the year 1973, when she was ten years old.

She began her primary education at Darry Down Public School in Toronto, Canada, and on reaching Ghana in Africa, she furthermore attended the Faith Montessori School in Accra, Ghana. Jackie earns her First School Leaving Certificate and West Africa Senior School Certificate and continues her schooling at the University of Ghana in Accra, where she earns her Bachelor’s Degree in Theatre Arts.

Jackie Appiah became very popular when she appeared on television. However, she was invited by Edward Seddoh Junior, who is the writer of the movie “Things We Do for Love,” in 2005, and Jackie Appiah played the role of Enyonam Blagogee. As time goes on, she later starts taking part in Sun City, Games People, Tentacles, and many other TV series.

She was shy on her first time on set, though she fumbled on “It was a Venus Film Production titled “Divine Love” where she played the role of Kate, the protagonist, but many people did not notice her mistake. She said her best part was in Mummy’s Daughter by Venus Films, where she played the role of Princess, the daughter, and the film tells the story of the Bartels Family.

Jackie has appeared in many movies. She was known to Nollywood through her many successful Ghanaian films, including Beyoncé – The President Daughter, which earned her the first award as the best-supporting actress for the roles she played. Her famous Nollywood movies included Bitter Blessing, Black Son with Nollywood actor Ramsey Noah, and My Last Wedding with Nollywood actor Emeka Ike. She has played many roles with different popular actresses and actors across the globe.

Jackie Appiah was selected as the face of U.B., and she carried it out in commercials on TV for promotions. And now she is the IPMC billboard and advertising face.

Jackie Appiah got married to Peter Agyemang in 2005, and they got divorced in 2012. He left their child in the custody of Jackie Appiah; the name of their only child is Damien, who was born on October 13, 2005.

Damien and his mother share a great bond. After the divorce between her and her husband, there is a rumor that actress Jackie Appiah has been seeing different types of men in the industry.

There are rumors that the romantic movement involved her and the president of Liberia, Gorge Weah; however, the rumors faded away very quickly as there is no evidence to prove them right.

Jackie Appiah has won many awards, and she has become very successful with her business.

Jackie Appiah is a popular Ghanaian actress who has become successful through her hard-working and talent. Her Net worth was estimated at $800,000. She is among the Top 10 richest actresses in Ghanaian.

Just like her realistic personality and attitude. Keep up lady!!!