Back to All Biographies
Banking Business

Jeremy Awori, (Born 1971) is a Kenyan businessman and corporate executive who was appointed as Group CEO and director of Ecobank Transnational, he served as the CEO of Standard Chartered Tanzania between 2008 to 2013, and he also served as the managing director and chief executive officer of Absa Bank Kenya (formerly Barclays Bank of Kenya), since June 2013 to October 2022. 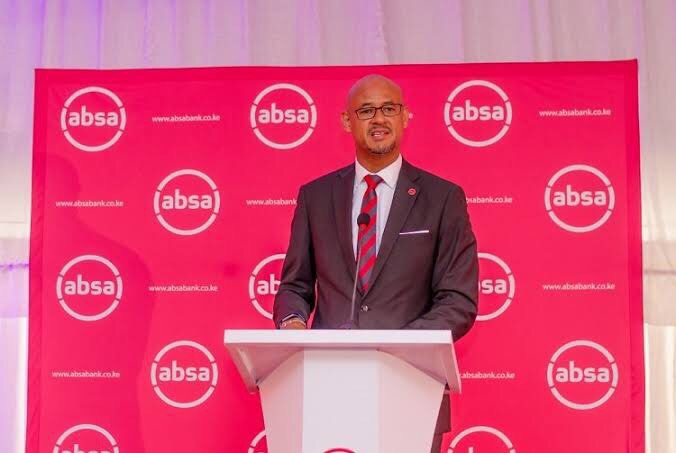 Jeremy Awori was born in Kenya in 1971. His father is Kenyan and works as an engineer, while his mother is British and works as a lawyer.

He used to be a shy boy at an early age, which is why he took swimming as a hobby and started swimming at the age of 7. At 9 years of age, he started representing Kenya at swimming competitions, and that has given him confidence.

Jeremy Awori attended St. Mary’s School, Nairobi, for his elementary and secondary education. In 1989, he gained admission to the University of Manchester in the United Kingdom, where he studied pharmacy and graduated in 1991.

He later went to McGill University in Canada, where he earned a Master of Business Administration degree in the 1990s, and focused on finance and international business.

After his graduation from the University of Manchester, he trained as a pharmacist in the United Kingdom before moving to Canada for his Master’s degree.

In 2013, he was appointed as CEO of Barclays Bank Kenya (BBK). BBK changed its name to Absa Bank Kenya in 2020, during Jeremy Awori’s reign. Awori will retire from Absa Bank Kenya on October 31, 2022, and take up a new appointment at EcoBank Transnational as director and Group CEO, based in Lome, Togo, on November 1, 2022.

Awori was part of the board of directors of the Kenya Private Sector Alliance (KEPSA). He is also a member of the governing council of the Kenya Bankers Association (KBA) and previously served as the chairman of KBA.

Awori is a married man. He has two siblings, one brother, and one sister.

Jeremy Awori’s net worth is estimated to be $448 million.