From his biography to his early life and early career. I will share with you a succinct but detailed information about one of your favorite Nigeria Nollywood actors.

While I share his biography, his movies, and current marital status is necessary as much. Like, whether or not he is married, divorced, in a relationship or an unavailable ‘single pringle.”

Keep scrolling because you will know as much as you can scroll. Naija Biography gives you as always, nothing but the information you need. 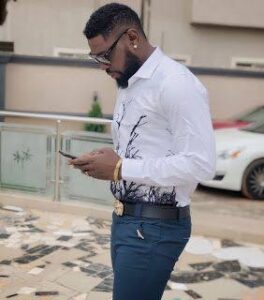 The Nollywood superstar, Jerry Williams was born in the ’80s in Anambra State, Nigeria. Anambra State is a state in the South-Eastern part of Nigeria.

Born on 24th September 1985, Jerry was born into a family of seven. He is a native of Anambra State.

He had his elementary and secondary education before proceeding to the university.

After his University education, Jerry came really professionally prepared to bless our screens even with more experience but exposure.

He rose to prominence shortly after the release of “The Chosen King,” a movie he featured in which later became a Nollywood blockbuster movie. 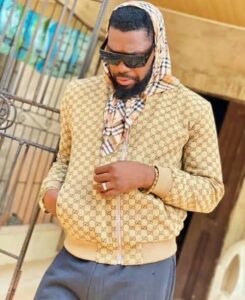 Since he started his acting career, Jerry Williams has featured in over 100 movies. These are some of his movies among others;

°Wisdom of the King

No, Jerry is yet to get married although he has had a rumored relationship.

Some time age, rumor mongers did say he was in a relationship with the Nollywood drama doll Destiny Etiko. When this got to his attention, he denied and debunked the rumor.

We are here! What more would you like to know about Jerry Williams? Tell me about it with a comment box…

I want to be like him I promised my self

My best actress ever

I love your acting destiny i wantto acting movies

I, don’t like him he can ask you for money and won’t pay you back

I love your movies,,,they touch my soul 😂😂 making me watch them twice,,o God 😅

Who is Jerry Williams girl friend ?Jerry and Cheney Nebbe Would make a beautiful couple they very good couple they are so real togetherness

I love your movies
U are so aglie

I love ur movies is so impressing

Am joy by name

I love ur movies is so nice and awesome

Many things have helped to make Jerry famous. He is simple genuine respectful soft spoken humane and efficient. He has no affectations. Charming young man. Example of a good child. Bless him!

I love your movies bro. Nice one keep it up

Is his father a nollywood actor

I love u acting destiny

I love this guy and his movies are superb