Jim Iyke’s real name is James Ikechukwu Esomugha. He is an award-winning Nigerian actor. He starred alongside Hakeem Kae-Kazim, Jide Kosoko, Uru Eke, and Jalade Ekeinde in the film Last Flight to Abuja. 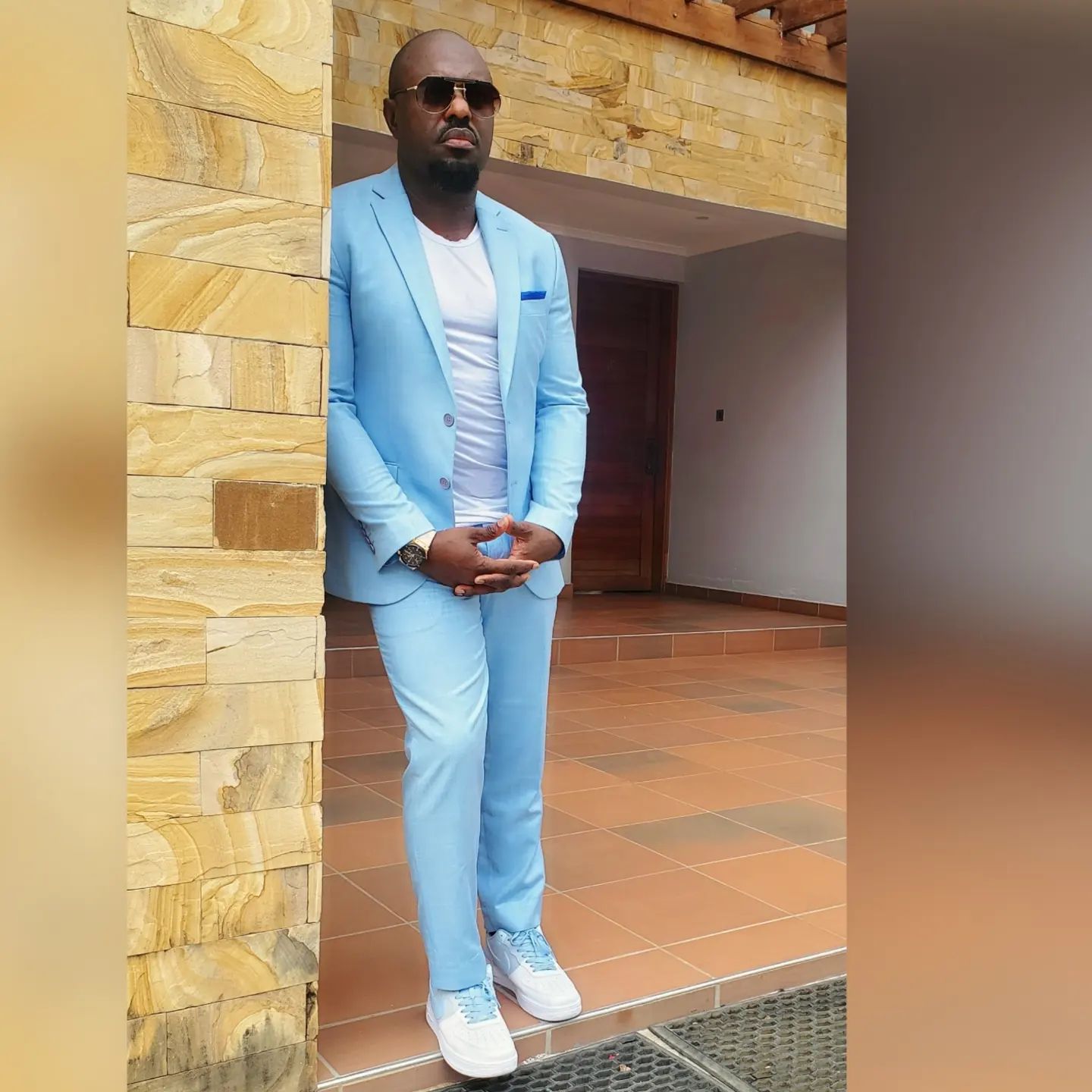 Jim Iyke was born on the 25th of September, 1976, in Libreville, Gabon, into the family of Mr. Stephen Okolue and Mrs. Ngozi Gladys Okolue Esomugha. He hails from Enugu Agidi town in Anambra State. In a family of eight children, he is the only boy. From 1985 to 1991, Jim Iyke completed his secondary education at Federal Government College, Kwali, Abuja. He went further after his WAEC to the University of Jos in Plateau State, where he received a BSc in philosophy and a diploma in banking and finance.

Jim Iyke relocated to Lagos after finishing his studies, where he spent his early years of struggle. His desire to pursue acting was sparked when he met Victor Opurum, a lawyer who inspired him to fight for his dream job. However, he made it plain to the actor that he possesses a wide range of skills and may pursue a variety of career paths.

He took the advice to heart and set out to make his aspirations come true. Jim Iyke had the advantage as a Model in the initial stage of his life. He worked as a promotion ambassador for numerous brands since he has the physique, height, and other characteristics necessary for a male model. Jim Iyke gained an advantage in the Nigerian film industry as a result of his fame in international modeling.

He began his acting career in 2001 and has since appeared in more than 120 films in both leading and supporting roles. His acting prowess cut across playing a young, egotistical millionaire, a bad kid leading gangs, a wild lover boy, a lavish man, a sarcastic bad boy, and many other roles. His talent for acting has made him one of the highest-paid and most in-demand Nollywood actors.

Jim Iyke owns a record label. In addition to having his own music record label, Untamed Records, he also founded Untamed Productions, a film production firm, in 2007. Some of the best musicians from Nigeria, like TuFace Idibia and Sound Sultan, appeared on his debut album, Who Am I?

Jim Iyke made the announcement of his son’s birth in April 2019.

On social media, there was a heated discussion sparked by a video of Jim Iyke’s alleged “deliverance” from an evil spirit at The Synagogue Church of All Nations, led by Pastor T.B. Joshua. The spirit allegedly said that it was responsible for Iyke’s inability to find a wife.

People’s lives have been impacted by Jim Iyke, especially those with disabilities. He created a foundation named the Foundation for Children with Special Needs. In support of the Make a Change Campaign, a charity initiative started by Christopher Grey and Jamaican dance hall musician Cécile, he traveled to Kenya in December 2012.

There are different publications on Jim Iyke’s net worth. According to different sources online, his net worth is estimated at $5 million.