In this post, I will share with you all you need to know about Joyce; I know she is one of your favorite Nigerian celebrities. We know.

From her biography; background, career to movies, and awards. I will share with Joyce’s current marital status. Like, whether or not she is married, single, divorced, in a serious relationship.

Scroll a bit and then again because Naija Biography is here as always to feed you from her wealth of knowledge. Stick around. 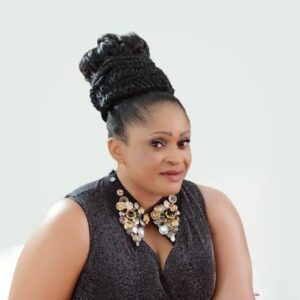 Joyce Kalu was born in the ‘70s to the family of Mr. and Mrs. Kalu in Abia State, Nigeria. Abia State is a State in the South-Eastern part of Nigeria.

Born precisely on 26th September 1970, Joyce is a native of Ohafia, Abia State.

Being an indigene of Abia State, Nigeria, Joyce had both her elementary and secondary education there. Later, she gained admission into the prestigious University of Port-Harcourt. Therein, she studied and bagged a Bachelor’s Degree in Theatre Arts.

Joyce’s acting career began in 2005. This was after she joined the Nigeria movie industry popularly known as Nollywood.

Shortly after joining the movie industry, Joyce rose to fame. She rose to prominence after the release of the Nollywood blockbuster movie, “Take Me Home.” Of course, Joyce featured in this movie.

Joyce is not just an entertainer, she is also a philanthropist. Due to her service to the society and humanity at large, Joyce earned a chieftaincy title to herself, “Apunanwu 1” of Ohafia in Abia State.”

Notably, she is now addressed by the traditional ruler of her hometown and many others as Chief Mrs. Joyce Kalu, the Apunawu 1 of Ohafia kingdom of Abia State.

Yes, kindly, Joyce Kalu has been married for decades now. Her marriage is blessed with beautiful and handsome children. 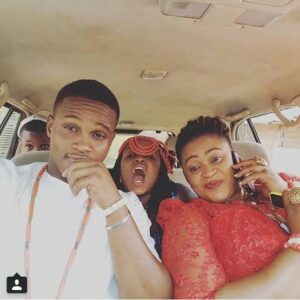 Joyce and her family.

Since she started acting but rose to fame Joyce Kalu has featured in over 150 movies. These are a few of her movies;

° Marry Who You Love

Due to this and her acting prowess, she not only has won many awards but the hearts of most viewers too. These are some of her awards;

° Best Actress in a Leading Role at the Africa Magic

° Best Actress in Nigeria at the African Movie Academy Awards

° Most Promising Act at the Nollywood Movie Awards

° Most Prominent Actress in Nigeria

at the City People Entertainment Awards

Joyce’s net worth is estimated at $600,000. This, of course, is linked to the fact that she is among the most influential and prominent actresses in Nigeria.  She earns her net worth from acting and doing her business; she is an entrepreneur.

Over to you! What do you want to know about Joyce Kalu? Tell me about it with a comment box…