Justin Bedan Njoka Muturi, also known as JB (born April 28, 1956), is the seventh Speaker of the National Assembly of Kenya. He has served as the chairman of the Judges and Magistrates Association in 1990s 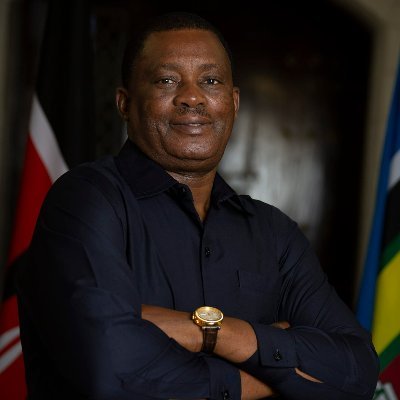 Justin Muturi, also known as JB, was born in April 1956. He attended Kangaru Boys High School before proceeding to the University of Nairobi, where he obtained a Bachelor of Law degree in 1981.

He later went to Kenya School of Law for a Post Graduate Diploma in Law and was called to the Bar in 1982.

Justin served as principal magistrate between 1982 and 1997 before retiring from judicial service. He retired as a result of an allegation against him for collecting Ksh 1 million from Dr. Godfrey Momanyi, the owner of Masaba Hospital, and his wife, Felgone Akothe, to manipulate a case filed against Felgone Akothe of defrauding the National Hospital Insurance Fund of Ksh 347,000. He also served as the chairman of the Judges and Magistrates’ Association during that time.

In 1999, Justin Muturi was first elected as a member of the Kenya African National Union to represent the Siakago constituency. He was re-elected in 2002 and served as the opposition chief whip and chair of the Public Investment Committee. Justin contested again in 2007 but was defeated by Lenny Kivuti.

He served as a member of the Parliamentary Select Committee on the constitutional review from 1999 to 2004.

In November 2008, Justin was elected as KANU National Organising Secretary and also served as the PNU constitution committee chairman during the national constitutional talks from 2008–2010. He was also appointed as the chairman of the Centre for Multiparty Democracy (CMD), in April 2011.

Justin represents the National Alliance party and ran for the Mbere North parliamentary seat in 2013, but was defeated by Muriuki Niagagua.

On March 28, 2013, he won the speakership with 219 votes after the second round of voting by members of the National Assembly, while his opponent, Kenneth Marende, had 129 votes.

Justin Muturi family is unknown to the public

Justin Muturi net worth is estimated to be between $300 million and $700 million.