Back to All Biographies
Bbnaija Musician Producing 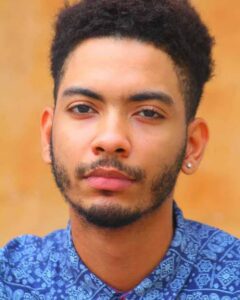 He’s a Warri boy by ethnicity/tribe, a Southerner by region, a Nigerian by nationality, and most definitely, a Christian by religion.

For his educational history and or background, Kelvin Brouillette attended Bridge HouseSchool and British International School for his secondary education, the prestigious University of Essex for his University education.

Being the only son and child of his parents, however, Brule dropped out of the University of Essex when his mother fell seriously ill. Notably, he also attended a music school in the United Kingdom – Point Blank Music School – where he developed his music skills.

After getting his musical skills improved at Point Blank Music School, K. Brule pursued a career in the musical industry. Before the show, he had started his career in the music industry, and so needed the platform the show offered him to sell his talents/music.

Now, K. Brule is a singer, sound engineer, and record producer, who has produced, released and mastered a couple of songs. Moreover, he is doing so well for himself, and we at Naija Biography, love to see.

Net Worth of K. Brule

Kelvin Brouillette’s net worth is estimated to be between $400,000 thousand and $500, 000 thousand. As you may have imagined, Brule earns his net worth from his career as a singer, sound engineer, and record producer.

What else do you want to know about K. Brule? Tell me about it with a comment box.