John kayode Fayemi is a Nigerian politician who has been the Governor of Ekiti State since October 16, 2018. He was formerly in office from 2010 to 2014, when he lost re-election to Ayodele Fayose. He served in President Muhammadu Buhari‘s cabinet as the Minister of Solid Minerals Development from 11 November 2015 to 30 May 2018, when he resigned to run for Governor of Ekiti State a second time. 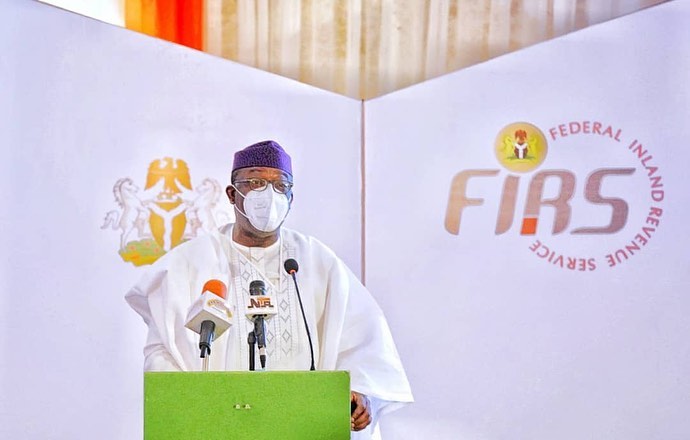 kayode Fayemi is a Yoruba native of Isan-Ekiti in Ekiti State’s Oye Local Government and was born on February 9, 1965, in Ibadan, Oyo State. Fayemi attended ICC Primary School for his primary education in Agodi, Ibadan, Oyo State between 1970 and 1975. From 1975 until 1980, Fayemi attended Christ’s School in Ado Ekiti. Later, he further earned degrees in history, politics, and international relations from the University of Lagos and the University of Ife (now Obafemi Awolowo University), respectively. He completed a doctorate program in War Studies at King’s College London from 1989 to 1992, majoring in civil-military relations.

From 1993 to 1995, Fayemi served as the Strategy Development Adviser of Deptford City Challenge in London. From 1995 to 1997, he also served as the Secretary-General of the Media Empowerment for Africa, named “The Radio Foundation” in London. He was a journalist working for The Guardian and City Tempo and was also the Editor of Nigeria-Now, a defunct political monthly magazine.

Fayemi returned to Nigeria in 1997 when he founded the Centre for Democracy and Development, a research and training institution committed to the study and promotion of democratic development, peace-building, and human security in Africa, and served as Director from 1997 to 2006.

Fayemi has made speeches and presentations in Africa, Europe,  America, and Asia, among other places. He has also advised numerous governments, intergovernmental institutions, and development agencies on transitional justice, regional integration, constitutionalism, security sector reform, and civil-military relations concerns.

He served on the Presidential Implementation Committees on Security Sector Reform, NEPAD, and the Millennium Development Goals, as well as the Nigerian Human Rights Violations Investigation Commission (Oputa Panel), which probed past abuses. He served as a technical expert on small arms and light weapons for the Economic Community of West African States (ECOWAS) and the United Nations Economic Commission for Africa on governance issues.

He’s also worked as a security sector reform consultant for the OECD and chaired the Commonwealth Human Rights Initiative’s Committee of Experts on formulating guiding principles and methods for constitution-making in Commonwealth Africa.

Fayemi first entered politics in 2006, after which he contested for Governor of Ekiti State in 2007. After three and a half years of legal battles, the appeal court in Kwara State ruled that Fayemi was the legitimately elected Governor of Ekiti State on October 15, 2010, therefore ending Olusegun Oni‘s term as the state’s governor.

Fayemi was endorsed by the All Progressives Congress as the party’s governorship candidate in the state’s gubernatorial elections on June 21, 2014. Fayemi’s ascension was preceded by a congress conducted before the governor, who faced no opposition, was endorsed as the state’s flag bearer in the governorship elections. The ex-governor, Ayodele Fayose, defeated Kayode Fayemi at the polls on June 21, 2014.

After resigning as the Minister of Solid Minerals Development, Fayemi contested for a second term as governor of Ekiti State on the platform of the All Progressive Congress in the July 14, 2018 governorship election. On July 15, 2018, the Independent National Electoral Commission pronounced him the winner of the governorship race in Ekiti state. He won by 19,345 votes over Kolapo Olusola Eleka of the People’s Democratic Party, who came in second.

Fayemi’s tenure as Governor of Ekiti State from 2010 to 2014 was investigated by the Independent Corrupt Practices Commission (ICPC) in 2016 for suspected theft of over N25 billion in infrastructure bonds by his government. He was charged in July 2020 with “financial misconduct” in relation to the Ajaokuta Steel Mill while serving as Minister of Solid Minerals from 2015 to 2018. During his first term as Governor, however, multiple petitions have been filed against him before the EFCC based on various corruption charges ranging from misuse of public funds to blatant slightly elevated. All allegations against him were ultimately dismissed, and he was judged not guilty.

Fayemi was sworn in as governor of Ekiti State for the second time in October 2018. The Nigeria Governors’ Forum elected Fayemi as its Chairman. Abdulaziz Yari, the immediate past chairman, made the announcement on Wednesday evening. The governors unanimously picked Fayemi to lead the forum until 2021, he said.

Kayode Fayemi got married to Olabisi Fayemi in 1989. The marriage is blessed with a son, Folajimi Fayemi.

Fayemi was charged with bribery and electoral fraud in the Ekiti APC gubernatorial primary in January 2022. Allegations that Fayemi paid the APC primary committee and INEC officials in the days leading up to the primary resulted in the withdrawal of all candidates except Abiodun Oyebanji, who is backed by Fayemi. Oyebanji won the primary with about 97 percent of the vote and a margin of victory of over 100,000 votes. Such extraordinary efforts have been linked to Fayemi’s intention to have an ally as his successor in order to promote his expected presidential campaign in 2022.

Fayemi is one of Nigeria’s richest politicians. Fayemi’s net worth is estimated to be around $1.5 million, according to various web sources.