Brian Ouko Omollo (Born 12 June 1990) popularly known as  Khaligraph Jones who is also called papa jones, is an award-winning Kenyan rapper who was born in Nairobi, Kenya. He is popularly known for his hit song “Mazishi” and Yego. He has two albums so far “Testimony 1990” which was released in 2018 and his recent album “Invisible Currency” which was released on 7 march 2022. 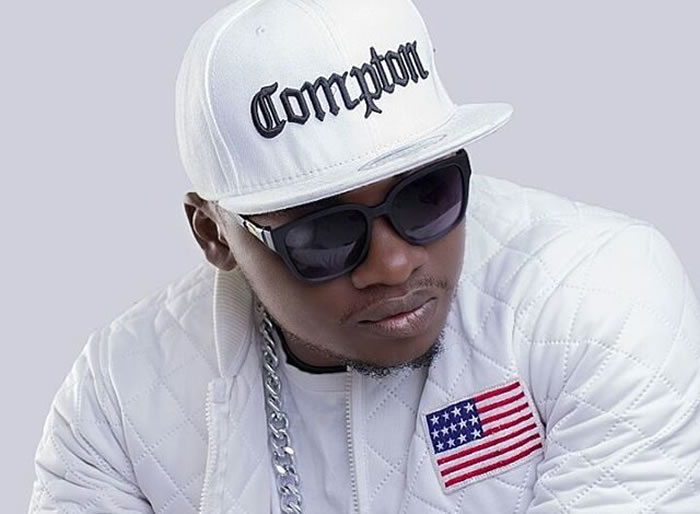 Khaligraph Jones was born and grew up in kayole, situated north of Soweto, and southwest of Njiru, a neighborhood in Nairobi, Kenya. His mother gave him the name Ouko Robert in tribute to Dr. Robert Ouko, a Kenyan politician who was assassinated on 13 February 1990.

Khaligraph’s musical career started when he was in elementary school, but he officially began his career in 2008 at a function called “Words And Picture.” He was inspired by his elder brother in the early stages of starting music. Before his visibility in the industry, he was making gospel music with HopeKid, with whom they were studying at the same school.

He became the talk of the town when he released a single titled Yego. Rapper Kristoff collaborated with Khaligraph, which made him one of the first people to feature Khaligraph, and he later introduced him to rapper STL and blew up in the remix to the song Biashara.

In April 2014, he released his debut studio album, titled “Point of No Return”. Before the year was over, he followed up the album quickly with Autograph, a collection of previously released tracks. he released a mixtape called “Eff Off“.

Khaligraph released another studio album 4 years after his first album, titled “Testimony 1990.” in June 2018. The album is all about his troubles and those of his country, Kenya.

In 2019, he was among artists who represented his country Kenya at Coke Studio Africa, he was paired with Nigerian Singer Rude Boy.

Khaligraph had a deal with a sports betting company named Odibets under their Odimtaani initiative to launch the ‘OdiNare’ rap challenge in 2021.

Khaligraph Jones released another Album on 7 March 2022 titled Invisible Currency but it was available only on Boomplay streaming service which accumulate a total of 1 Million Streams in Six days on the streaming platform. He later released it on other streaming platforms on March 13, 2022.

He has also released different singles that hit from 2013 till date.

He is a proud father of Amila, and his baby mama’s name is Georgina Muteti.

Khaligraph is one of the most influential singers and performing artists. His net worth is estimated to be $3 million.