Khosi Ngema is a beautiful South African actress, songwriter and model. She gained popularity after she played the role of Fikile Bhele in the Netflix series Blood and Water. Khosi was said to have inherited her acting genes from her father, Mangaliso J.Ngema, one of the best actors in South Africa. 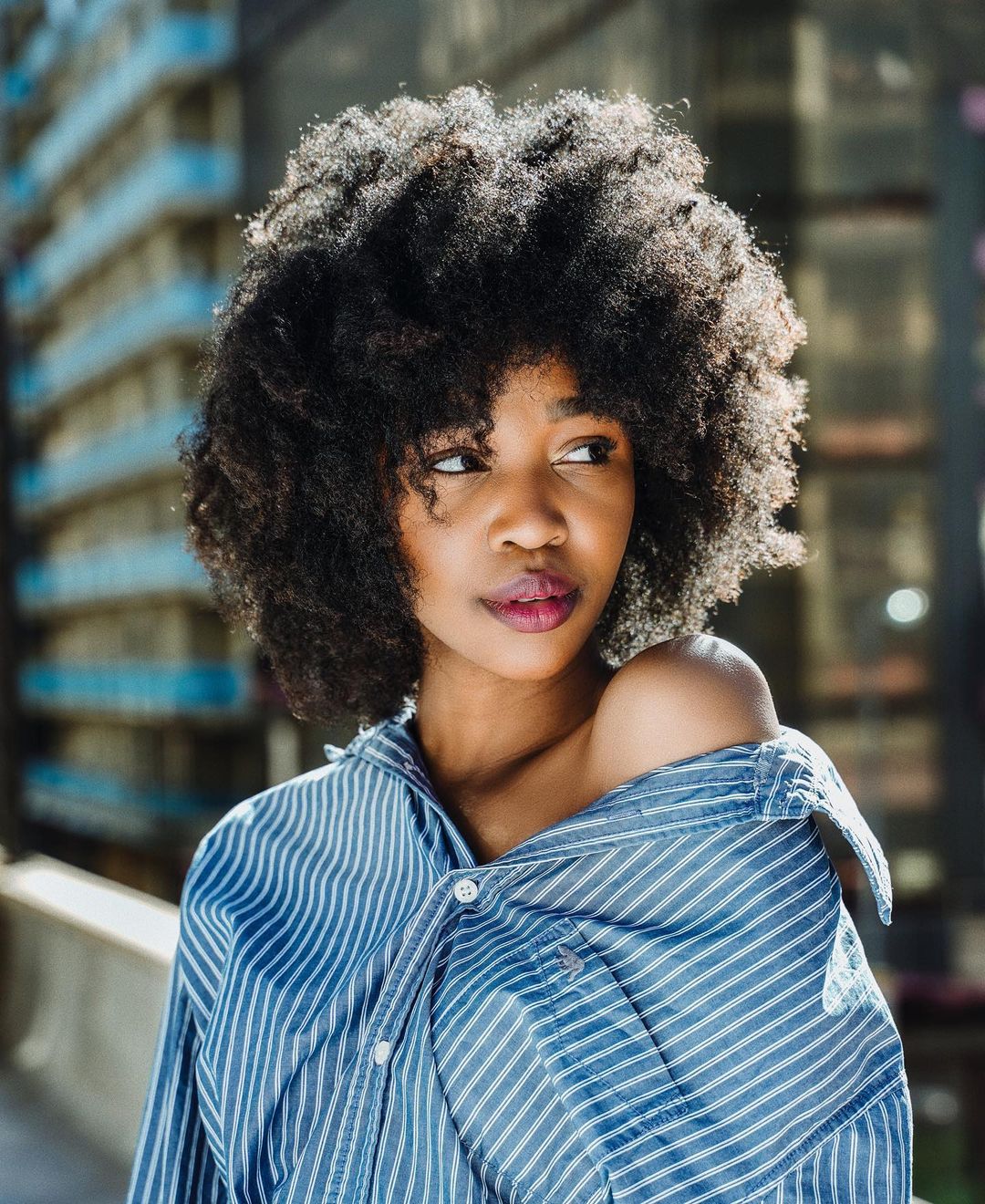 Khosi Ngema was born to Mangaliso J. Ngema and Busisiwe Ngema in Gauteng in Johannesburg. Khosi was born into a family of creatives and she is the second child of her parent’s five children.

Her father is a renowned South African actor., famously known for his roles in popular series like Mary and Martha, Lithapo and Vehicle 19 to mention but few. Much is not known about her mother however she is regarded as a supportive mother.

Additionally, Khosi is the granddaughter of a popular South African singer and songwriter, Patience Nomkhosi who died of cardiac disease in 2007. Her siblings include; Swazi Ngema, Unathi Ngema, Mpande and Busani Ngema.

She had her primary and secondary school education in a school in Gauteng.

Right from her childhood, Khosi has always had a passion for acting and her dreams were greatly influenced by her father. She started her career as a songwriter and model. She also wanted to be an Instagram influencer before she made her breakthrough in the movies industry in 2020, when she bagged the role of Fikile Bhele in the series “ Blood and Water’’.

Blood and Water brought Khosi into the national limelight as her acting in the series captured the hearts of several local and international viewers. In 2021, she went into business as she launched her jewellery collection in partnership with “Grace The Brand”.

Aside from that, the 21-year-old actress has modelled for big brands including Fashion Nova, Conver and Revlon to mention a few.

Khosi is currently dating a white American, Jean Lue Goodall and they’ve been dating since 2018. She is a lover of fitness and that says why she visits the gym frequently. she is also a fan of books, reading, travelling and cooking.

Khosi is one of the fast-rising actresses in South Africa. She has a net worth estimated to worth $300,000. She gathered all her wealth from writing songs, making movies, modelling and all other sources.