In this post, I will share with you all you need to know about Kiki Omeili; one of your favorite Nigreria celebrities.

Starting from her biography to her early life then her early career, movies, and awards.

Scroll a bit and then a little more because Naija Biography is here as always to feed you from her wealth of knowledge. Keep scrolling. 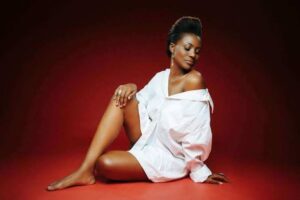 Kiki Omeili was born to the family of Mr. Charles and Mrs. Maureen Omeili in Lagos State, Nigeria.

No doubt Kiki’s childhood won’t be that boring and unadventurous. While her mother, Maureen was the Controller of Prisons in Ibadan, Oyo State, her father Charles was a banker with First Bank Nigeria and retired as a General Manager.

Although Kiki was born and raised in Lagos, she is originally a native of Nimo, Anambra State, Nigeria. Anambra State is a State in the South-Eastern part of Nigeria.

Kiki had her primary and secondary education in Lagos as she was raised therein. Later, she studied and bagged a Medical Degree from the College of Medicine, University of Lagos.

She rose to prominence not too long after joining the Nigerian movie industry better-known as Nollywood.

° What Makes You Tick 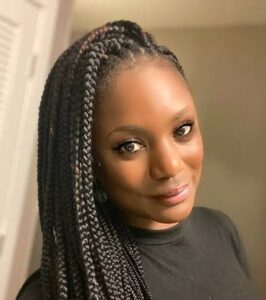 Kiki Omeili has won many hearts and awards since she started acting. These are some of her awards, recognitions, and nominations;

° Nominated for Best Lead Actress in a Short Film at the Berlin Film Fest International Awards for her role in the film, Deluded (2016)

° Best Supporting Actress Award at the World Music and Independent Film Festival. This award was held in the Caribbean Islands for her role in the movie 3Some

° Best Supporting Actress of the Year at the City People Entertainment Awards in Lagos, Nigeria (2016)

° Nominated for her lead role in the Television series Lekki Wives

° Award for the Best Supporting Actress for her role in the Movie – Sting, at the Global Icons Academy Movie Awards (GIAMA), held in the USA (2015)

We are here! What else do you want to know about Kiki Omeili? Tell me about it with a comment box…