Michael Blackson‘s (Born on November 28, 1972) whose name is Jafari Ferguson. He is a Ghana born American actor, Writer, and stand-up comedian who is also known as “The African King Of Comedy”. He was born in liberia to Ghanaian father and Liberian mother in. Michael Blackson moved to the US in the year 1987 when he was a teenager. He is well known for his roles in numerous films and television shows. 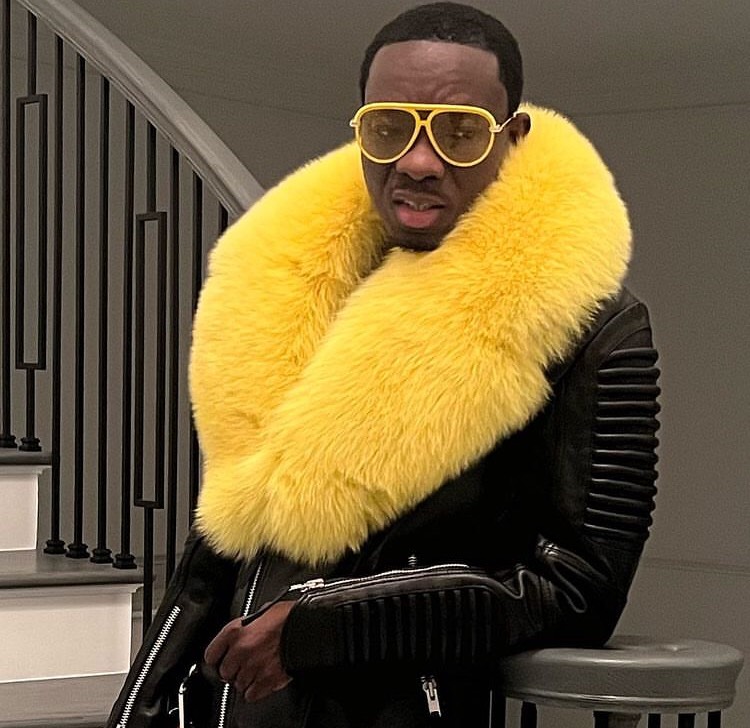 Michael Blackson was born on November 28, 1972, in Liberia to a Ghanaian father and a Liberian mother. He spent his early life between Monrovia and Ghana before relocating back to the United States in the 1980s.

His mother worked in a secondary school while his father worked for a theater company, and because he always wanted his son to work in a movie, he enrolled him in acting classes at an early age. He attended Bartram High School. Michael Blackson moved to the USA to be an actor at the age of 13, but he noticed that other kids treated him differently and weirdly. He realized he needed to gather more courage and confidence in others to be among them.

Michael Blackson is a successful figure in America, who has done outstanding work in his career. He is known for his comedy and acting, and it has made him very popular in Ghana. Michael made his acting debut in the year 1989, he later features in shows like 30 Rock, 50 Central, Love & Hip-Hop Atlantic, ComicView, and many more.

Michael Blackson’s first known participation was in 1993, followed by 1996 when he released the “Urban Comedy Festival” in New York City. And he later competed at the laffapolooza Comedy Festival in Atlanta.

He made his film debut with the comedy “Next Friday” in the year 2000. He starred alongside Ice Cube, Mike Epps, and John Witherspoon. He ended up getting a role in a movie that was to be produced by Ice Cube’s production company.

In 2007, Michael appeared in another movie with Master P, who was the writer and the producer of the film. He made an appearance in B.o.B.‘s music videos titled ‘I’ll Be in the Sky” in 2010.

He appeared on The American Host with an actor and a comedian named Mo’Nique in 2011. In 2016, he also starred in his next movie, which was a comedy-horror movie titled Meet the Blacks. The movie starred Mike Epps, George Lopez, Gary Owen, and many more.

BET announced Michael as the official host of the BET social awards, and the ceremony was held on February 11, 2018.

There is no information about his current relationship, but there was a rumor on social media that Michael was dating George Reign, the Grammy-winning songwriter, and singer. He had been accused of cheating on her, but Michael dismissed the rumors, and ever since then, he has kept his personal life very private.

As of now, Michael is engaged to his fiance, Miss Rada. He proposes to her in a radio interview on “The Breakfast Club” on November 24, in the year 2021. They have been together for quite a while. And they later broke up before the engagement day.

Michael Blackson has three children from a previous relationship. He gave birth to a twin, and his firstborn is known as Michael Jr. The twins’ names are Noah and Niko.

Michael Blackson is one of the richest and most influential comedians and actor in Ghana.