Minnie Dlamini is a South African actress, model and On-Air personality. She became popular after she bagged the role of the new presenter for Live Amp. She is one of the nationally famous actresses and has appeared in celebrated series like “Generations; The Legacy” among others. 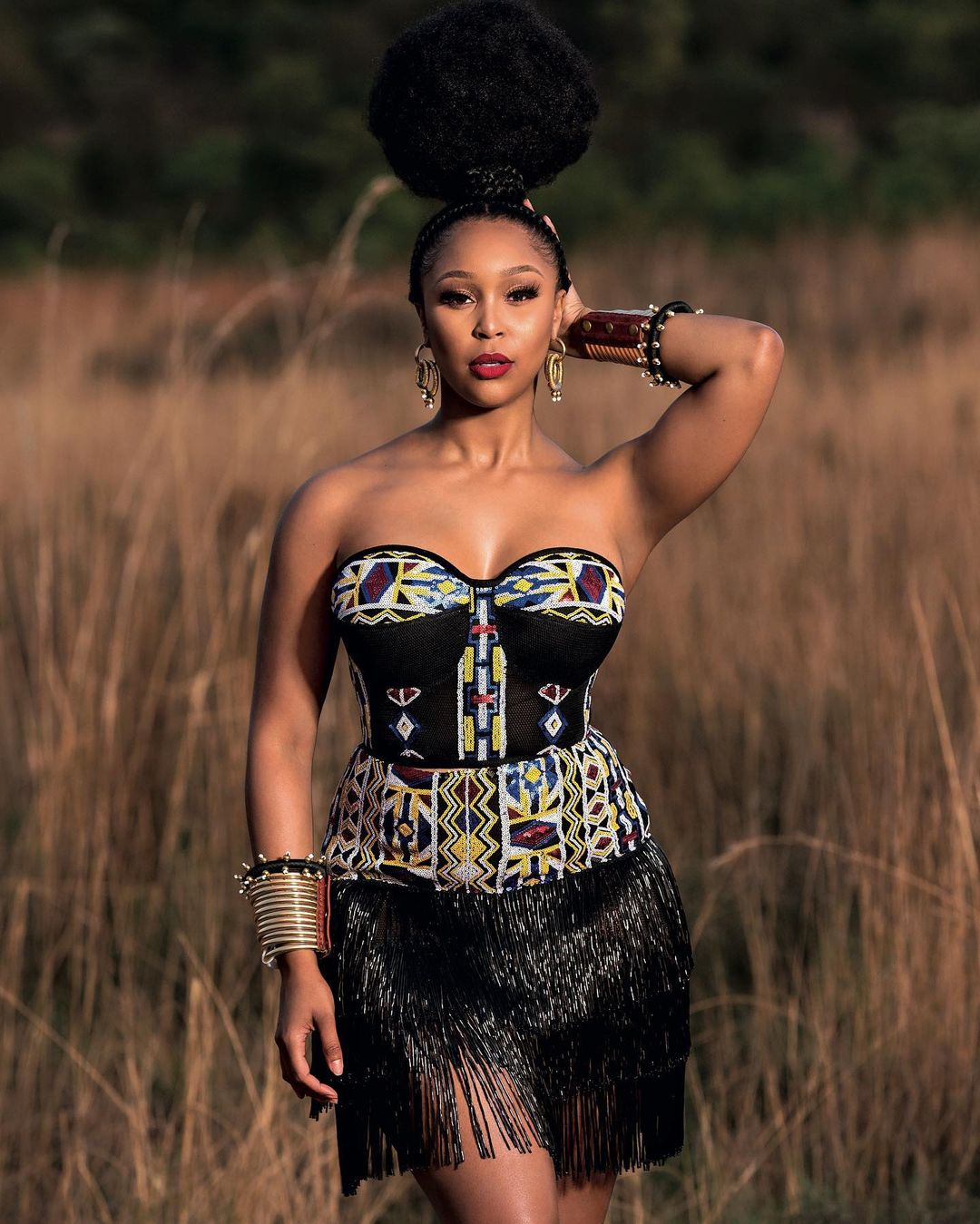 Minenhle Dlamini famously known as Minnie Dlamini is born to Jabulari and Queen Dlamini, in Durban, KwaZulu-Natal. On July 7 1990. She started her education at Northlands Girls’ High School. Minnie further enrolled at the University of Cape Town where she studied Media, Film and Economics.

Minnie is one of the most versatile personalities in South Africa. While she was chasing her degree at the University of Cape Town, Minnie was a presenter for Live in 2010. Thereafter, she made her debut appearance while covering the “Youth Day” and “World Cup celebrations” shows. Later, she co-hosted Mzansi Insider, a lifestyle show on SABC 1.

In 2012, she resigned from the show to pursue her acting career. In 2013, Minnie switched to sports broadcasts as she co-hosted Soccerzone with Thomas Mlambo. She did that till 2016 when SABC changed the show’s format.

Since then, Minnie has co-hosted several local and international award ceremonies, including the 2016 Africa Magic Viewers Choice Awards, the PSL Awards,  the 14th Metro FM Music Awards and the South African Film and Television Awards.

Apart from being a media personality, she has also appeared in several films. She debuted her first film role in Generations, playing the role of Miranda. She went on to play a lead role as Zintle Lebone in the series The wild and appeared in Rockville as Nosipho Mogatsu.

The 32-year-old actress has a brother, Khosini Dlamini. Her brother is an airline pilot and they both share a strong bong. In 2020, he passed away from a brain aneurysm, leaving Minnie devastated.

Additionally, Minnie is happily married with a child. She got married to the love of her life, Quinton Jones in a traditional marriage on 8 July 017 at Glenn Hills, Durban North. Later on the 16th of September, the couples had their white wedding, with exclusive coverage rights sold to Multichoice.

On the 13th of October, Minnie debuted the first episode of Minnie Dlamini: Becoming Mrs Jones– a three-part reality documentary which documented her pre and post-wedding journey. The series was aired on VuzuTv and on the 19th of October, the TV announced that the series was the highest-rated show in Vuzu Amp History.

In November 2021, the couple birth a son, Netha Makhosini Jones. However, Minnie is one of the few South African celebrities who loved to keep their baby’s face away from the public. After several questioning, Minnie eventually reveals her son’s face.

In early 2022, Minnie and her husband filed for divorce after four years of marriage. According to reports, the marriage was said to have crashed because Minnie had cheated on her husband with businessman Edwin Sodi.

In 2014, Minnie Dlamini founded the Minnie Dlamini Foundation, a charity organization established with the aim of helping young South African girls have access to quality education.

As a Model, actress and TV host, Minnie has a net worth of $1 million. She is regarded as one of the top earners in South Africa’s entertainment industry.