In this post, I will share with you Natasha Hadiza Akpoti’s biography, early career, personal life, whether or not she is married, children (if any), net worth, and some other interesting things you probably didn’t know about her. Let’s start with her biography and early life.

The renowned Nigerian politician, certified legal practitioner, philanthropist, and entrepreneur, Natasha Hadiza Akpoti was born on the 9th of December 1979 in her home state Kogi State.

Kogi State is a state in the South-Southern part of Nigeria. Mainly, she is from Ihima, Okene Local Government, Kogi State. A Southerner by region, a Christian religion worshiper, and a Nigerian by nationality. She is of the Ebiraland ethnicity.

The second of her parents’ four children, Natasha had her nursery and primary school education in Christ the King Nursery and Primary School Okene, Kogi State.

Later, she proceeded to the prestigious University of Abuja where she studied and bagged a Bachelor of Law degree. Moreover, she started in 2000, graduated in 2004, and was called to the Nigerian bar in 2005.

After obtaining her first-degree, Natasha Akpoti proceeded to University of Dundee. Therein, she obtained a Masters degree in Law (she started in 2011 and graduated in 2012).

Furthermore, she obtained a Business Administration in Oil & Gas Management from the same university upon obtaining her second-degree.

Akpoti became a certified lawyer after obtaining her first-degree from the prestigious University of Abuja. She is also an entrepreneur who is known for her achievements in the field and for being the founder and CEO of Builders Hub Impact Investment Program (BHIIP).

As a politician, she ran for the post of Kogi Central Senatorial District (SDP) seat in 2019 under the Social Democratic Party. Also, she ran for the Kogi State 2019 Gubernatorial elections which were held on the 16th of November 2019.

Who Are Her Parents? Family

Whilst Ludmila Kravchenk is the name of Natasha Hadiza Akpoti’s mother, Dr. Jimoh Abdul Akpoti is the name of her father. Her father is a Nigerian from Kogi State, and her mother, a Ukrainian woman from Rakitna in the region of Chernivtsi.

Net Worth of Natasha

Altogether, Natasha Hadiza Akpoti’s net worth is estimated to be $2 million. Of course, this is linked to the fact that she is doing well for herself career-wise. 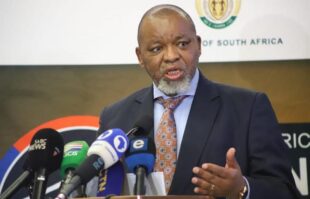 Early Life and Education  Mantashe was born in 1955 in Cala, a village in the Eastern Cape. He completed a… 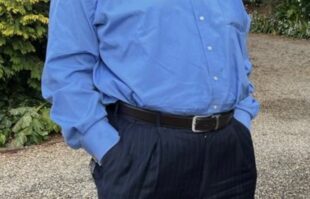 Early Life and Education  As the youngest in his family, Mboweni grew up with his parents in the Limpopo Province.…