Natasha Thahane is a famous South African actress and model who has won South Africans’heart with her acting gift and beauty. She is one of the most respected actresses in SA’s movie industry and is famously known for her roles in many television series like Skeem Saam, The Queen etc. 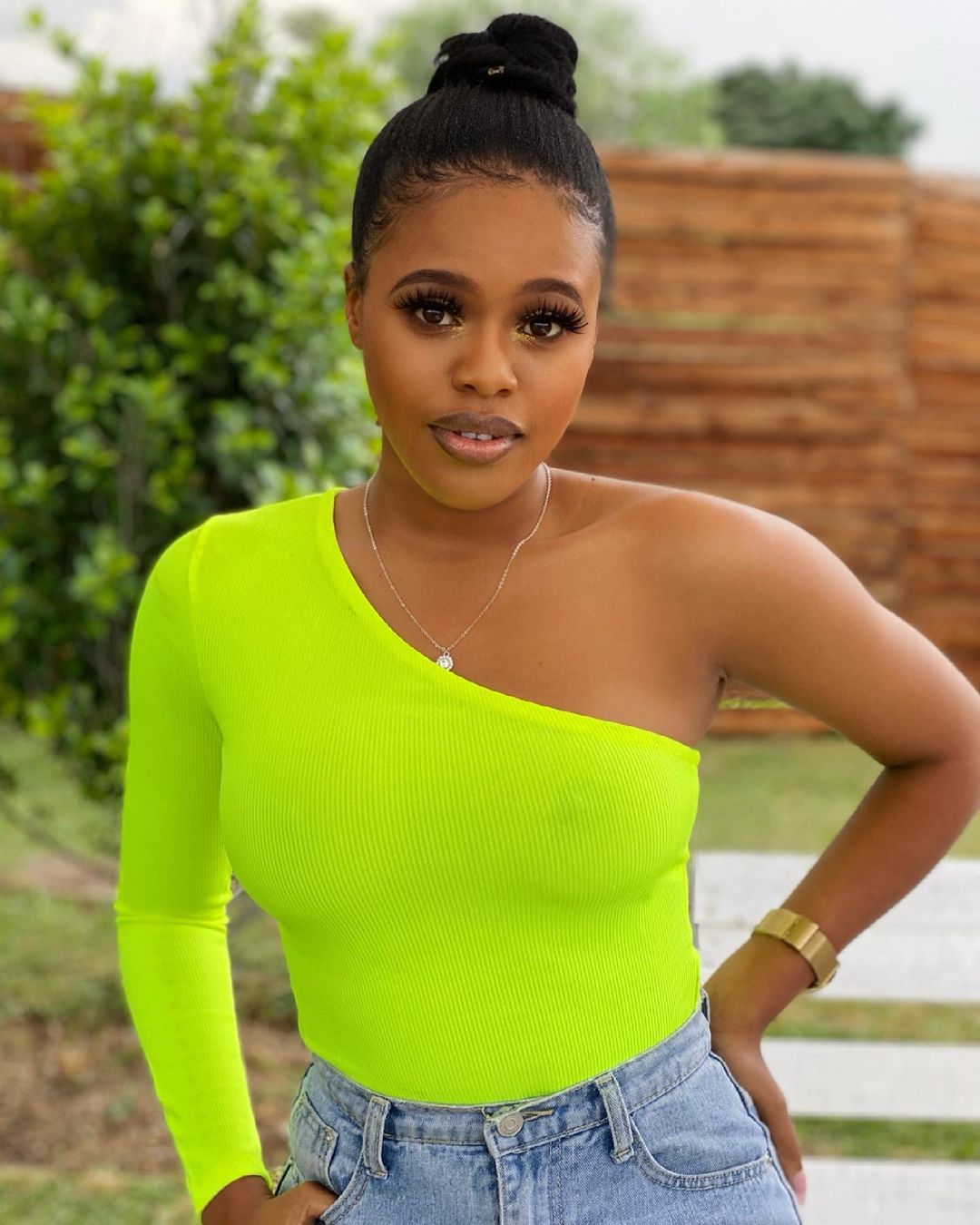 Thathene was born on the 25th of September 1995 to Trevor Thamsanqa Tutu and Nomaswazi Mamakoko, in Orlando East, Soth Africa. Her father is the son of the popular Archbishop Desmond Tutu, which makes Natasha the granddaughter of the former anti-apartheid activist.

Natasha has two siblings; her sister who doubles as a famous actress, Molemo Thahane and Sthembiso Khoza, her brother. At some point in her life, she moved to Cape Town where she attended Milnerton High School.

After she matriculated from Milnerton, she attended the University of the Witwatersrand and graduated with a degree in accounting, In 2018, because of her love for acting, she enrolled and graduated from a1-year conservatory program in Acting for Film at the New York Film Academy in Manhattan.

Natasha started her career on screen as a model when she first appeared in a 2013 Edgars commercial. The year after, she made her debut television series appearance in an e.tv anthology, eKasi; Our Stories titled “Drama King”.

The following year, she starred in another instalment series, “uManqoa”. She also made a guest appearance in season 1 of Saints and Sinners, playing the role of Fundiswa. In season 2 of the series, she reprised the role as a recurring character.

From 2015 to 2016, Natasha rose to prominence through her role as Enle Tango in the soap opera “Skeem Saam”. Later, she left the show to join the cast of the telenovela the Queen which was aired on Mzansi Magic, as Amogelang Maake.

She also featured as Leshae K in the series “It’s OK We’re Family”  and played the role of Katlego Jali in seasons 4 and 5 of “Lockdown” in 2019. In 2020, she starred as Wendy Dlamini in the Netflix crime drama “Blood & Water.

That same year, she featured in the BET Africa series “Isono” and was made the brand ambassador of  “Garnier Even & Matte”. Natasha also starred in the reality show Top Billing.

The 25-year-old actress has been linked with many men, including Bohlale Makgolane (Bo Maq). After her breakup with Bo Maq, she hooked up with A-Reece. Although Natasha never confirmed her relationship with A-Recee.

In 2017, she went public about her relationship with an American and posted several pictures of him on her social media pages. Later in June 2021, rumours had it that she was dating Orlando winger Thembinkosi Lorch. Before then, she and Lorch had been good friends and they’d been spotted several times together in the public.

Currently, it is unknown if she is in a relationship and with whom. However, her relationship with Lorch is still an assumption.

In 2017, rumours had it that Natasha was getting married and was expecting a baby. The news circulated all over social media. But later, news had that there was no wedding and she didn’t have any child.

Presently, Natasha is not married but has a child. Many opine that her child is a product of her relationship with Thembinkosi Lorch.

Natasha is one of the richest actresses in South Africa. She has a net worth estimated to be $500,000 as of 2022. She gathered all her wealth from her profession as an actor and model.