In this post, I will share with you Nina Chinonso Onyenobi’s biography, early life, early career, personal life, net worth, and some other things you probably didn’t know about her. Let’s start with her early life. 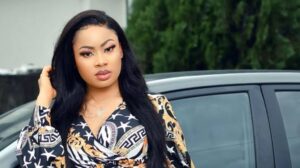 Born and raised in Owerri North, Imo State, a state in the South-Eastern part of Nigeria, Nigeria is also a native of Owerri, Imo State. Being the last daughter and child of her parents – a family of five – Nina had quite a fun-filled childhood experience.

Chinonso had both her elementary and secondary education in Owerri, where she obtained both her First School Leaving Certificate and West African Examination Certificate certifications.

For her University education, Nina attended the Imo State University, Owerri, wherein she studied and obtained a Bachelor’s Degree in English and Literary Studies – class of 2017.

Upon graduation, Nina started a career in the fashion industry as a fashion designer. A year later, however, she became one of the housemates of the season 3 Double Wahala edition of the popular Nigerian reality TV show, Big Brother Naija. In this edition, housemates competed for the 45 million Naira prize money.

Without a doubt, Nina Chinonso Onyenobi has been doing well for herself pre BBnaija, still and all, the Big Brother Naija show gave her the platform through which she was heard and rose to the limelight.

In 2015, she contested for Imo State University Most Beautiful Face, although she lost the crown, Chinonso has been doing well for herself. And, we at Naija Biography, love to see.

While Chinonso enjoys singing, acting, and modeling as hobbies and professions, she dislikes liars and proud people.

Net Worth of Nina

Altogether, Nina Chinonso Onyenobi’s net worth is estimated to be between $100,000 thousand and $500,000 thousand. She earns her net worth from her careers in the entertainment and fashion industries.

What else do you want to know about Nina? Tell me about it with a comment box.