Nkechi Blessing Sunday, a Nigerian actor, film producer, director, and screenwriter currently based in the United States, was born and bred in Surulere, Lagos State. Omoege Lekki, her first film, was released in 2015 and starred her and Yinka Quadri. Omoege Lekki won MAYA Awards in 2016 and was nominated for Best of Nollywood Awards for Revelation of the Year. She is also the Director and Chief Executive Officer of Nkechi Films and the NBS Foundation. 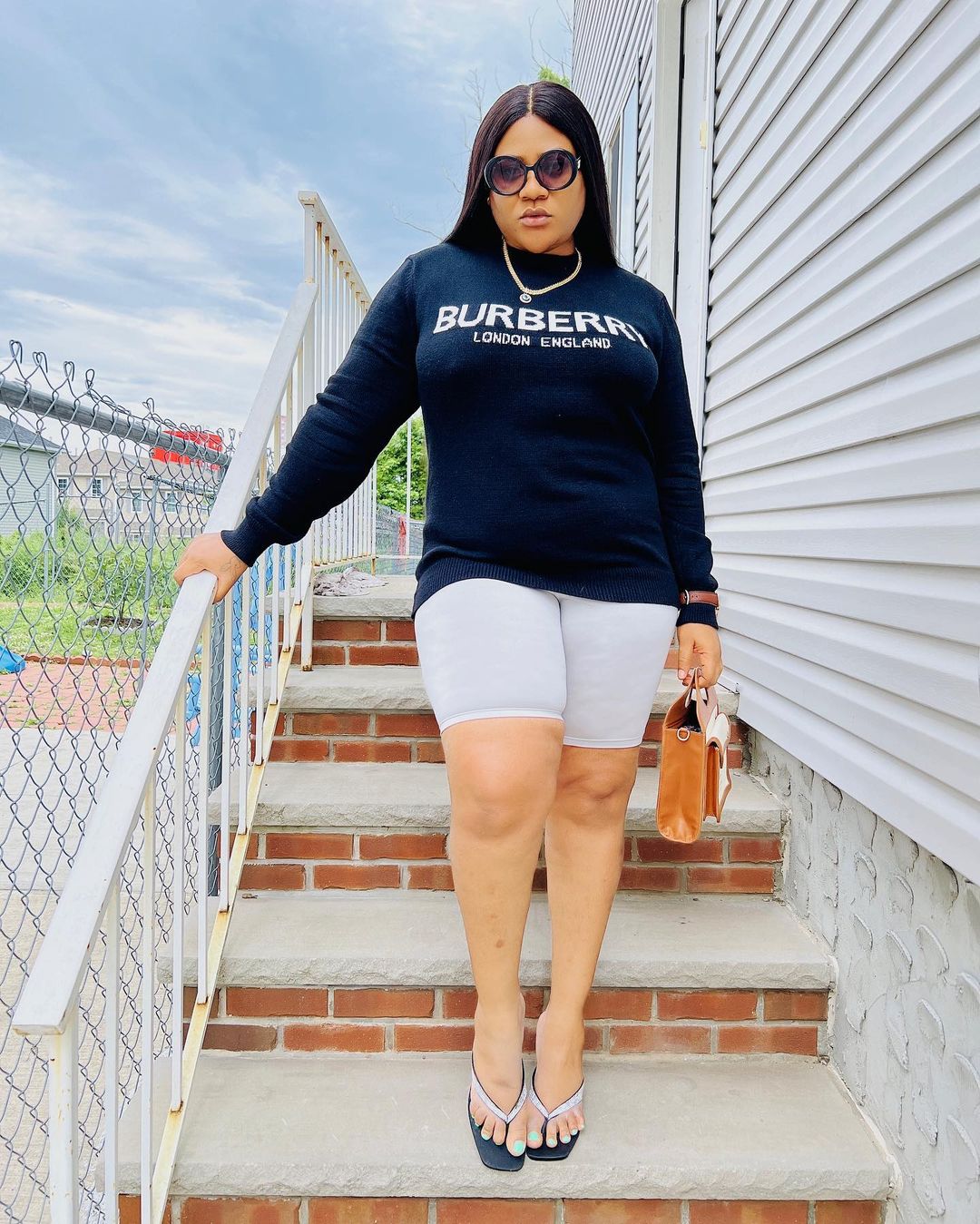 Nkechi Blessing was born on the 14th of February, 1989. She is a native of Abia, a state in the country’s southeast. She attended Olu Abiodun Nursery and Primary School in Lagos for her primary education and Barachel Model College in Lagos for her secondary education. Nkechi Blessing studied International Relations at Houdegbe North American University and completed a six-month diploma in theater arts at Lagos State University.

Kemi Korede spotted Nkechi’s talent for acting in 2008 and cast her in her film “Omo Bewaji.” She met  Emeka Duru, who offered her a supporting role in Emem Isong‘s film Through The Fire & Entanglement in 2009. She gained fame in 2012 with a lead role in Kafila Omo Ibadan, following a meeting with producer Temitope Bali in South Africa, who offered her the part.

On the 1st of February, 2017, she was introduced as one of the Nigeria Carnival USA’s ambassadors at the second edition of the yearly Nigerian music, cultural, and comedic event in the United States. In 2018, she was nominated for a City People Movie Award for Most Promising Actress of the Year for her work as “Dora” in the film The Ghost and the Tout. Nkechi and Seun Sean Jimoh co-hosted the 2020 edition of the African Entertainment Awards in the United States in 2020. She was in the cast of Fate of Alakada the same year, as Bisi. Tanwa Savage, The Cleanser, Omo Emi, and Ise Ori were among her starring roles, and Breaded Life and Olori Amolegbe were among her supporting roles.

According to reports, Nkechi Blessing’s primary source of income is from entertainment-related businesses, which has contributed to her projected net worth of $250,000.

Nkechi Blessing has developed a huge fanbase on social media with over 350,000 followers on Instagram. Her social media handles can be found below.