An icon in the Nigerian political practice Bukola Saraki been known popularly in the nation, nevertheless, it’s imperative to know more about him.
Let’s go together as we unveil Olubukola Saraki Biography, his early life, career and personal life and others.

An icon in the Nigerian political practice Bukola Saraki been known popularly in the nation, nevertheless, it’s imperative to know more about him.
Let’s go together as we unveil Olubukola Saraki Biography, his early life, career and personal life and others.

Olusola Abubakar Saraki, MBBS, CON is a Nigerian politician and medical doctor and entrepreneur. He has been the Senate president of Nigeria since 2015 after he served as the governor of Kwara state from 2003 to 2011. In 2018, Dele Momodu named him the Jack Bauer of Nigeria Politics. He is a prominent figure in Nigeria.

Olubukola Abubakar Saraki was born on 19 December 1962 in London into the family of Florence Morenike Saraki and Olusola Saraki, who was a Senator in the Second Nigerian Republic. He is the 13th president of the senate of Nigeria and chair of the 8th Nigeria National Assembly.

He attended Corona school in Victoria Island before he proceeded to King’s college, Lagos from 1973 to 1978 and Clethenham college, a public boarding school in the United Kingdom from 1979 to 1981 and then studied at the London Hospital Medical College of the University of London from 1982 to 1987, when he obtained his Bachelor of Medicine, Bachelor of Surgery.

Saraki worked as a medical officer at Rush Green Hospital, Essex, from 1988 to 1989. He was a director of Société Générale Bank (Nig) Ltd from 1990 to 2000.
He also served as GLOBE Nigeria’s President.
He was a director of Societe Generale Bank ltd from 1990 to 2000.
He was appointed President Olusegun Obasanjo as special assistant to the President budget in 2000.
Saraki was the governor of Kwara state from 2003 to 2011. Then he served as the senate president of the Federal Republic of Nigeria since 2015.

Saraki is married to his lovely wife, Toyin Saraki ( nee Ojora) and they are blessed with four children, Oluwaseyi, Oluwatosin, Teniayo and Teniola which are twins
Saraki is a football fan and has a football club named Abubakar Bukola Saraki Football Club (ABSFC).

He was ordained as the Turaki of Fulani emirate of Ilorin when he was a governor. And in 2018, he was made to hold a chieftaincy title held by his father which is the Waziri of Ilorin by the Emir of Ilorin, Alhaji I rahim Sulu-Gambari

Dr Bukola Saraki is one of the most influential politician in Nigeria with an estimated net worth of $12 million according to Forbes list for 2018.

Saraki was made the Turaki of the Fulani emirate of Ilorin during his tenure as governor. A Turaki is an officer at court in the Hausa-Fulani kingdoms’ chieftaincy systems. A number of years later, the Emir of Ilorin elevated him to the position of Waziri (or Prime Minister) of Ilorin. The title had previously been held by his father, Olusola Saraki.

• Saraki was the first serving Nigerian governor to be awarded the National Honor of Commander of the Order of the Niger (CON) in 2010. Other former governors also received the award that year.
• He was appointed onto the leadership council of the Global Alliance for Clean Cookstoves, an initiative led by the United Nations Foundation.
• On 19 April 2019 Dr. Abubakar Bukola Saraki was appointed the “Ambassador-at-Large” of the International Human Rights Commission
• Chartered Accountants Award of Excellence 2010
• Bar Association Award for Excellence
• Outstanding leadership award 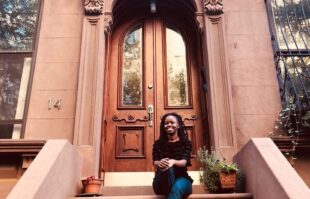