Rayce Amoni Kingsley (born November 8, 1993), professionally known by the stage name Rayce, is a Nigerian-born entertainer and a multi-talented singer and songwriter. Rayce is a talented musician that plays songs in a variety of genres, including R&B, hip hop, and afrobeat. 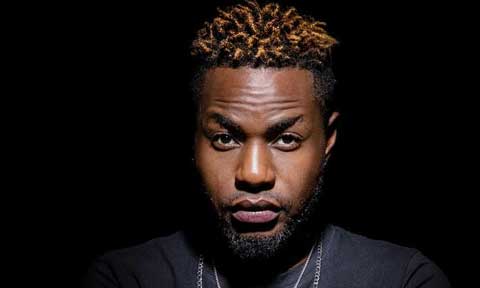 Rayce was born on November 8, 1993, in Lagos State, Nigeria. His interest in music started at a very young age. The names of the institutions he attended are not known to the public.

He was a huge Michael Jackson and Lionel Richie fan growing up, and seeing their music videos on television motivated him to try his hand at recording music of his own. Rayce knew he wanted to be a musician by the time he was six years old, and he began his career as a performer when he was hired as a drummer in his church’s band. He developed an interest in production and gained first-hand knowledge of studio techniques while working in many recording studios in Lagos. Under the name Admire Beatz, Rayce began working with other artists to produce their music, and in 2002, he started putting out his own music as he developed his songwriting and vocal abilities.

Rayce signed a contract with the Nigerian record company Big Don Records, and his debut album, Get Lifted, was released in 2008. Rayce entered the public eye in 2011 with the publication of the single “Roll,” which became a big hit in Nigeria, after spending years working in the background. Rayce released his second album, D.C.M.R. (“Dey Call Me Rayce“), in 2015 after earning a number of further hit songs, such as “Wetin Dey,” “Jack Sparrow,” and “21 Love.”

In 2017, as his notoriety in his native country grew, Rayce became the first Afrobeats musician to sign a record deal in the United States when the venerable indie label Shanachie Records released the compilation African Juice. His (Admire Beat’s) production has worked with several up-and-coming singers to produce singles that have changed the course of their careers, including Morachi (No Dull Me) Kaha Feat Tu-Face, the first African to win an MTV Europe award.

Rayce was one of the great artists in the Nigerian music scene before he went silent. His social media handles are currently in private mode. Much has not been heard from him for a while now.