Regina Chukwu is a renowned Nigerian Nollywood actress, television personality, and a producer.

All you have been wanting to know about one of your favorite actress, Regina Chukwu is herein. So, grab some popcorn and read through to the end if you want to know more.

Regina Chukwu was born in Iyana Ipaja, Lagos State, Nigeria. Lagos State is a state in the Southwestern part of Nigeria. She was born on March 23rd, 1980 to the family of Mr and Mrs Chukwu. So, approximately, Regina will be 41 years by March 23rd, 2021.

Growing up, she attended Alimosho Grammar School for her secondary education. Later, she got admitted into the prestigious Lagos State Polytechnic. There, she studied and bagged a Diploma in Business Administration.

Regina joined the movie industry in 2003. In fact, she started as a make-up artist for movie costumes. Later, she started starring in movies.

Regina rose to prominence due to her expertise in interpreting movie roles. In fact, this got her all the fame she has since been enjoying. Yes, please. She is a workaholic and this is why.

Although, she is of Igbo origin. She has over the years acted more Yoruba movies than Igbo.

Notably, Regina has featured for big brand in and across Nigeria. These are mostly soap brands. Like, “Super Story,” “Face to Face,” Family Ties,” and ” Family Tussle.”

° Nomination for City People Movie Award for Most Promising Actress of the Year (Yoruba, 2016)

° Nomination for City People Movie Award for Best Actress of the Year (Yoruba, 2017)

Yes, please. Regina is married but unfortunately lost her lovely husband to the cold hands of death. She had two children; a girl and a boy with him.

Apparently, she is a single mother. It is been more than a decade and half since she lost her husband.

Regina’s net worth is currently unknown. This article will however be updated whenever there are changes. Whenever there is an update on her net worth and others. 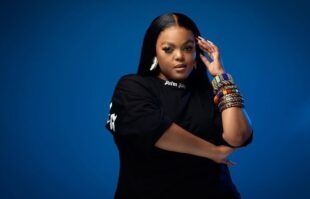