Rita Edochie is renowned a well known Nigerian actress, television personality, presenter and entrepreneur, who is better known for playing a poor mother, wife and a good mother-in-law in the movie industry.

In this article, I will share with you Rita Edochie’s biography; her early life, educational background, career, movies, and awards.

Also, I will share with you her current marital status. We know you’d want to know whether or not she is married, divorced, single or in a relationship.

Scroll a bit and then again because all you have been craving to know about one of your favorite Nigerian celebrities is detailed herein. At Naija Biography, we feed your curiosity. Keep scrolling. 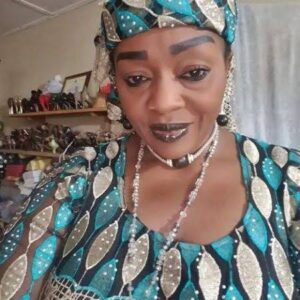 Rita Edochie is a renowned Nigerian Nollywood actress. She is a native of Onitsha, the capital city of Anambra State. Anambra State is a State in the South-Eastern part of Nigeria.

Being born and bred in Onitsha, Anambra State, Rita had both her elementary and secondary education there. There she obtained both her First School Leaving Certificate and West African Senior School Certificate respectively.

Shortly after her basic education (elementary and secondary), Rita gained admission into the prestigious Nnamdi Azikiwe University Awka. Therein, she studied and bagged a Bachelor’s Degree in Mass Communication.

Rita Edochie joined the Nigerian movie industry better-known as Nollywood in 1997. Before she joined the movie, Rita was a Radio presenter; she was a presenter at the Anambra State Broadcasting Service.

Shortly after she joined the movie industry, Rita rose to fame. Now? She has featured in over 200 movies.

These are some of Rita Edochie’s movies. 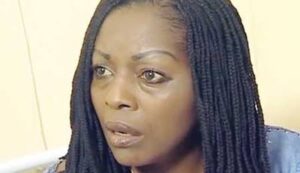 These are some of Rita Edochie’s awards; she has won many hearts and awards.

° Most Promising Actress in Nigeria at the City People Entertainment Awards

° Ambassador For Peace Award by the Universal Peace Federation – 2016

Yes, kindly, Rita Edochie has been married for over three decades now. She is married to Tony Edochie; Tony is the younger brother to Pete Edochie and uncle to Yul Edochie.

Rita’s family is blessed with four children. In fact, Rita is currently a grandmother of many children, and she is living happily with her husband ever after.

Rita Edochie’s net worth is estimated at $600,000. This, of course, is linked to the fact that she is among the most popular and influential actresses in Nigeria.

We are here! What else do you want to know about Rita Edochie? Tell me about it with a comment box…