In this post, I will share with you Uche Nwakuche Eduzor’s biography, early childhood, educational history, early career, current marital status, relationship with Chief Imo, net worth, and some other interesting things you probably didn’t know about her. Let’s start with her biography and early life.

Who is Sister Maggi?

Although she was born in Anambra State, Maggi is a native of Ihitte/Uboma in Imo State—Anambra and Imo States are states in the South-Eastern part of Nigeria.

For her education, Sister Maggi at St Theresa’s Primary School and Marist Comprehensive Academy for her and secondary school education respectively.

Notably, the Bachelor’s and Master’s degrees holder, Maggi’s parents are both a figure in the educational sector. Whereupon her mother is a headteacher, her father is a lecturer.

Moreover, “Ikonso”—the movie from which she got her name— became her debut movie. Mainly, she played the character of Sister Maggi in the movie, and was able to rise to the limelight because of how well she explained the character, “Sister Maggi.

Is She Married to Chief Imo?

No, please. Nigeria’s movie actress Uche Nwakuche Eduzor is not married to her colleague, Chief Imo. However, she mostly starred as his wife in movies, and that’s where it always ends.

Eduzor is happily married to her better half, whose personal information she has kept to herself. Having been married to the man of her dreams for as long as years, Sister Maggi has children with him.

Speaking in one of her interviews with The Guardian Newspaper, the movie actress said:

“Combining Acting With Being A Wife. It is not easy, but because God blessed me with a husband that understands my career and also likes what I am doing, it is easier and more encouraging too. My husband is my number one critic. He gives me notes about my performance and I find that encouraging.”

These are some of her movies, including:

Net Worth of Sister Maggi

Altogether, Uche Nwakuche Eduzor’s net worth is estimated to be between $500,000 thousand and $1 million. Of course, this is linked to the fact that she is one of the most popular movie actresses in Nigeria.

Over to you, what else do you want to know about Sister Maggi? Tell me about it with a comment box. And, while you are here, you may want to check out our website for more biographies of your favorite celebrities. 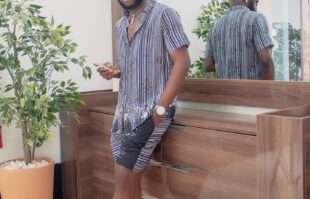