Starboy Terri, or simply Terri, is one of the few artists who have made a mark in the music industry since the year 2020 began. He released his long-awaited EP, “Afro Series” earlier in May.

Terri is currently signed to Starboy Entertainment, a record label owned by one of Africa’s biggest music exports, Wizkid. He has worked with Wizkid, Sarz, Northboi and other notable artists. 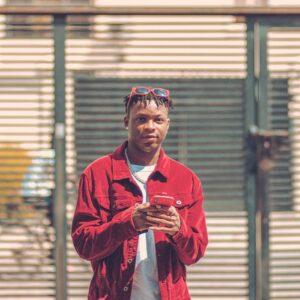 Terri’s real name is Akinre Terry, and he was born on May 27, 1999. The 20-year-old is a native of Edo State, but grew up around Ifako-Ijaye area in Lagos. He is the eldest of four children.

In a recent interview he said;

My three junior siblings look up to me and that alone is both pressure and inspiration. I have to protect them from the ugly parts of the world and hardship – that’s why I mask bad times with good vibes.

He was a student of the University of Lagos before his deal with Starboy came in 2018. He has since dropped out of school to focus on his career.

Terri, who has been making music since he was 15, came to limelight when his freestyle cover to DJ Jimmy Jatt and Wizkid’s “Oshe” caught the attention of Wizkid, in December 2017.

Three months down the line, in February 2018, he signed the deal with Wizkid’s Starboy Entertainment, and was on the hit track, “Soco” which was one of the biggest songs of the year.

What followed is a series of nice singles, with just low-key promotion. Between 2018 and the first quarter of 2020, he released such singles as “Bia,” “Shuu,” “On Me” and was featured by some artists. However, critics talked about how he wasn’t catching up with the rest of the new wave artists like Rema, Joeboy and Fireboy, at the time.

Then early 2020, the “Afro Series” EP was announced. It came later, in May, to critical appraisal and it was commercial successful, hitting milestones and big streaming numbers, within a short time. The EP, had seven tracks with no feature. For context, the project currently has more streams than Dremo’s “Codename Vol. 2” which was released a while before.

Terri is being paraded as the next big thing after Wizkid, and it is hard to separate him from the “Starboy” tag. In retrospect, Terri’s EP was delayed so it can come shortly before Wizkid’s long awaited studio album, “Made In Lagos.” 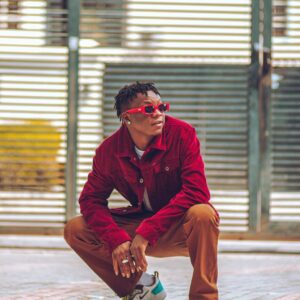 His music has been streamed tens of millions of time across different platform and he has gotten recognition from YouTube Music. The official video to “Ojoro” just surpassed 1 million views on YouTube.

He was also recently made Artist of the Month by Apple Music. And his music has gone viral, with a video appearing online showing Americans dancing to it at the white house protests.