Back to All Biographies
Journalism Media Personality Politics Sports

A veteran journalist and writer. He is really a notable personality in Nigeria. Also, he said he was determined to take sports from the back page to the front page of national discourse.
The new minister is a veteran Nigerian journalist who has worked in diverse aspects of the media, they include broadcasting (TV and radio), journalism (electronic and print), and decades of multimedia journalism experience spanning over 25 years..

A veteran journalist and writer. He is really a notable personality in Nigeria. Also, he said he was determined to take sports from the back page to the front page of national discourse.
The new minister is a veteran Nigerian journalist who has worked in diverse aspects of the media, they include broadcasting (TV and radio), journalism (electronic and print), and decades of multimedia journalism experience spanning over 25 years..

Sunday Akinlabi Dare was born on 29th of May 1966. He was on Wednesday, August 21 appointed as the new Minister of Youth and Sports by President Buhari.

He is from Oyo State but lived a great part of his life in Jos. He had his secondary school education at Baptist High School in Jos from 1978 to 1983.
In 1991, he gained admission to Ahmadu Bello University where he graduated with a Bachelor of Science (BSc.) honours in International Studies.
In 1996, he proceeded to obtain a Master of Arts (MA) in Law and Diplomacy from the University of Jos, Plateau state Nigeria.
In 1998, he was selected as a Freedom Forum Fellow and Visiting Scholar at the School of Journalism – New York University (NYU). He was also selected to attend the Harvard Nieman Journalism Fellowship at the prestigious Harvard University between 2000 and 2001 where he studied Media and Public Policy.
In 2011, he won the Reuters Foundation Journalism Research Fellowship to study at University of Oxford, United Kingdom, where he contributed to the body of knowledge in the field of media, and researched “New Media and Citizen Journalism in Africa – A Case Study: Using New Media Tools and Citizen Journalism to Investigate Corruption in Nigeria.”

When he started journalism as a profession, he partnered as a correspondent with several foreign publications including The Nation magazine in New York; as well as working with the European backed Fourth Estate.
He was a founding member of the Nigerian weekly magazines The News and Tempo in the heady days of the military, where he served as editor, Tempo magazine and pioneer Online Editor/General.
In his book, Guerilla Journalism, Dare chronicles the experience of the “mobile newsroom”, and the true essence of the title “editor-at-large”. He was ahead of the years, as he served as the pioneer online editor at The News, long before online journalism became a thing.
From 2001 to 2009, he served as Chief, Hausa Service, African Division at Voice of America (VOA) in Washington, DC, where, apart from directing the production of radio and online broadcast news and programs daily, he designed and implemented the adoption of new IT and Telecoms tools for international radio news-gathering and information dissemination to boost audience size and expand reach.
He was responsible for the work of eleven international radio broadcast journalists based in Washington DC alongside 24 reporters/stringers — including sports reporters — based in West Africa. He ensured broadcast to more than 21 million listeners in West Africa.
In 2008, his sister was killed in the Jos riots of that year. It was a painful experience for him
Dare was former media adviser and chief of staff to Bola Ahmed Tinubu, a national leader of the All Progressives Congress (APC).
In 2009, Dare was appointed Senior Special Assistant in Media/Chief of staff to the Minister of Information and Communications, while serving in this capacity he managed decisions on all subject matter that revolved around media and communications, as well as public information dissemination and media policies that fell within the jurisdiction of the Ministry.
He was also a member of the Minister’s advisory team that initiated and executed the sale of the 2.3GHz spectrum frequency in 2014.
He was appointed as Executive Commissioner, Stakeholder Management, Nigerian Communications Commission (NCC) in 2016 where he was charged with the responsibility of managing the NCC’s interface with public and private sector stakeholders.
He is fondly called Jebusite, he is seen as one of the ministers, appointed as a result of the relationship with Tinubu, but whose qualification cannot be questioned.
When he was nominated minister, he was expected to be the minister of communications, seeing he was at NCC, and was to replace his statesman, Adebayo Shittu, who served in that position.
Prior to his appointment as NCC’s executive commissioner, he was the convener of the Social Media Clinic (SMC), a Media/Information Technology (New Media) initiative committed to educating private citizens on IT development and also in the use of telecommunication as an information tool and creating awareness on how to responsibly use the platform provided by advancements in Information and Communication Technology (ICT).
He was at this time assigned to oversee aspects of the operations of the NCC and brief the minister on issues, challenges and opportunities in Nigeria’s emerging telecommunications market. 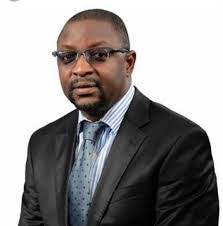 He is a lover of sports and an ambassador of Crown Football Club of Ogbomosho in Oyo state. 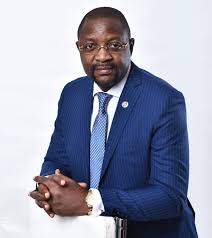 Some of his published works are:
• Making A Killing – The Business of War (Public Integrity Books, Washington DC – March 2003), which won the Sigma Delta Chi International investigative award; Guerrilla Journalism: Dispatches From The Underground (Xlibris Corporation, USA. – March 2007)
• We Are All Journalists – Africa In The Age Of Social Media (Oxford University Press, UK – 2011) the product of Mr. Dare’s research at the Reuters Institute for the Study of Journalism, Oxford University
• Datelines – A Journalists’ Narrative (May 2016).
Ongoing works include;
• Butting Heads
• Traditional Media Versus Social Media
• Who Blinks First and Marriage that Works
• The Convergence of Telecoms & ICT
Professional associations
He is a member and associate of several professional bodies including the US based International Consortium of Investigative Journalists (ICIJ) the Investigative Workshop, American University and a former Knight Fellow, International Center for Journalists (ICFJ), Washington DC.