Back to All Biographies
Hosting Media Personality Musician

Talia Oyando (26th February 1984) is one of the top-rated Kenya radio presenters and artists. She is popularly known as Night Nurse. Oyando is the host of “One Love” reggae shown on Citizen Tv. 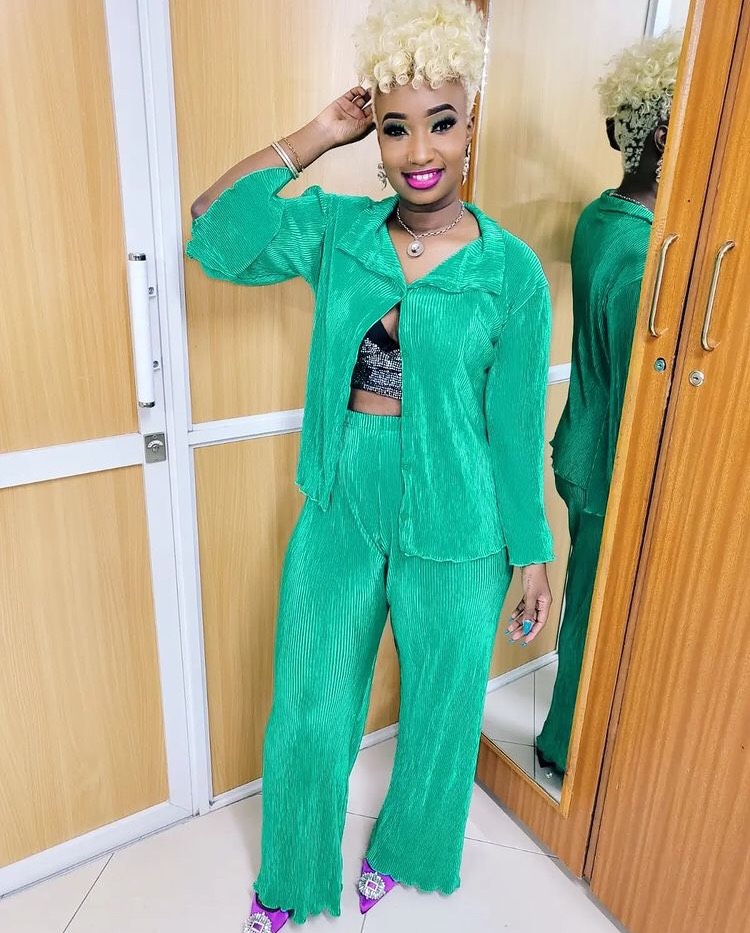 Talia Oyando was born on February 26, 1984, in Kenya into a musical family, her father Maurice Oyando was a popular producer. Her school is unknown, but she attended three different schools where she was bullied.

Talia Oyando started her music career at an early stage due to her family’s support. She has released a couple of songs that hit back-to-back. She later partnered with Yma and Alma, and they released a song called “Jambo Rafiki” in 2001. It was a hit and won an Emmy Award. She switched her genre to solo and released other hit songs.

Oyando has worked with a couple of musicians, CMB Prezzo, Goldenchyl, the late E-sir, A.Y, and Rizla, who led her into reggae music.

Oyando is well known for the hit song Mimi na wewe featuring CMB Prezzo and Tanzania’s A.Y, another one with E-sir titled Haunitishi, and sweety banana with Nyambane.

After a while, she released“Rasta” and the second single was “What’s love” off the “Camp Fire Riddim” album, the song identifies her as a reggae artiste.

She did a 3-month internship at NTV and did not stop even after the internship was over. But the security men didn’t know that her 3-month internship at Nation Media Group had ended. She used to treat them nicely and sometimes buy snacks for them and walk in as if she still worked there. Oyando will sneak into the studio and continue working. She used to anchor the show top 10 till 10, which has no regular presenters. After a while, she was employed.

In 2013, she joined another radio station called Homeboyz Radio, where she anchored the late-night show called “The juice in the mix” she later announced her exit from the station in an Instagram post after working with them for years.

Talia Oyando got married to Ezekiel Onyango in 2010, and her husband is a film director who was the CEO of a film crew in Africa. They were blessed with a child named Lyric.

As a hardworking media personality, Talia Oyando net worth is estimated to be $1.5 million