He became famous for being one of the housemates of the season 3 Double Wahala edition of the popular Nigerian reality TV show, Big Brother Naija. This edition which premiered in 2018 had 45 million Naira as the prize money. 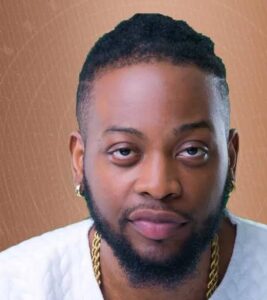 Who is Teddy A?

Being one of the housemates of the season 3 Double Wahala edition of the Big Brother Naija show, Teddy A was 29 years old during the season.

While the show lasted, Teddy earned massive followership and fanbase due to what you may term his unique, cool, and collected. Although he is a Nigerian by nationality, Teddy is based in the United States of America.

For his education, Teddy attended the prestigious University of Texas and holds a Bachelor’s Degree therein. Notably, he has both his First School Leaving Certificate and West African Examination Certificate certifications intact.

Before going for the Big Brother Naija season 3 Double Wahala audition and finally becoming one of the housemates, Teddy A has chosen a career path. Then, he was already a musician, songwriter, singer, and rapper.

After the show, however, he became more famous and so has had the opportunity to work with popular artists and musicians like Timaya, Phyno, Flavour amongst others.

Tope, who is now a famous brand name in the Nigerian entertainment industry and beyond, dislikes people who try to make people believe in their own beliefs. More so, he likes and enjoys singing, making music, and rapping as hobbies.

Net Worth of Teddy A

Altogether, Teddy A’s net worth is estimated to be between $400,000 thousand and $600,000 thousand. Most definitely, he is doing well in his career, and we at Naija Biography, love to see.

What else do you want to know about Tope? Tell me about it with a comment box.