Thuso  Mbedu is a South African actress whose work has earned her fame both locally and internationally. She is one of the best and has won different awards as a result of her skills and distinctive ability in the entertainment industry.

Thuso was also nominated for an Emmy Award for her role in the telenovela series Is’Thunzi. 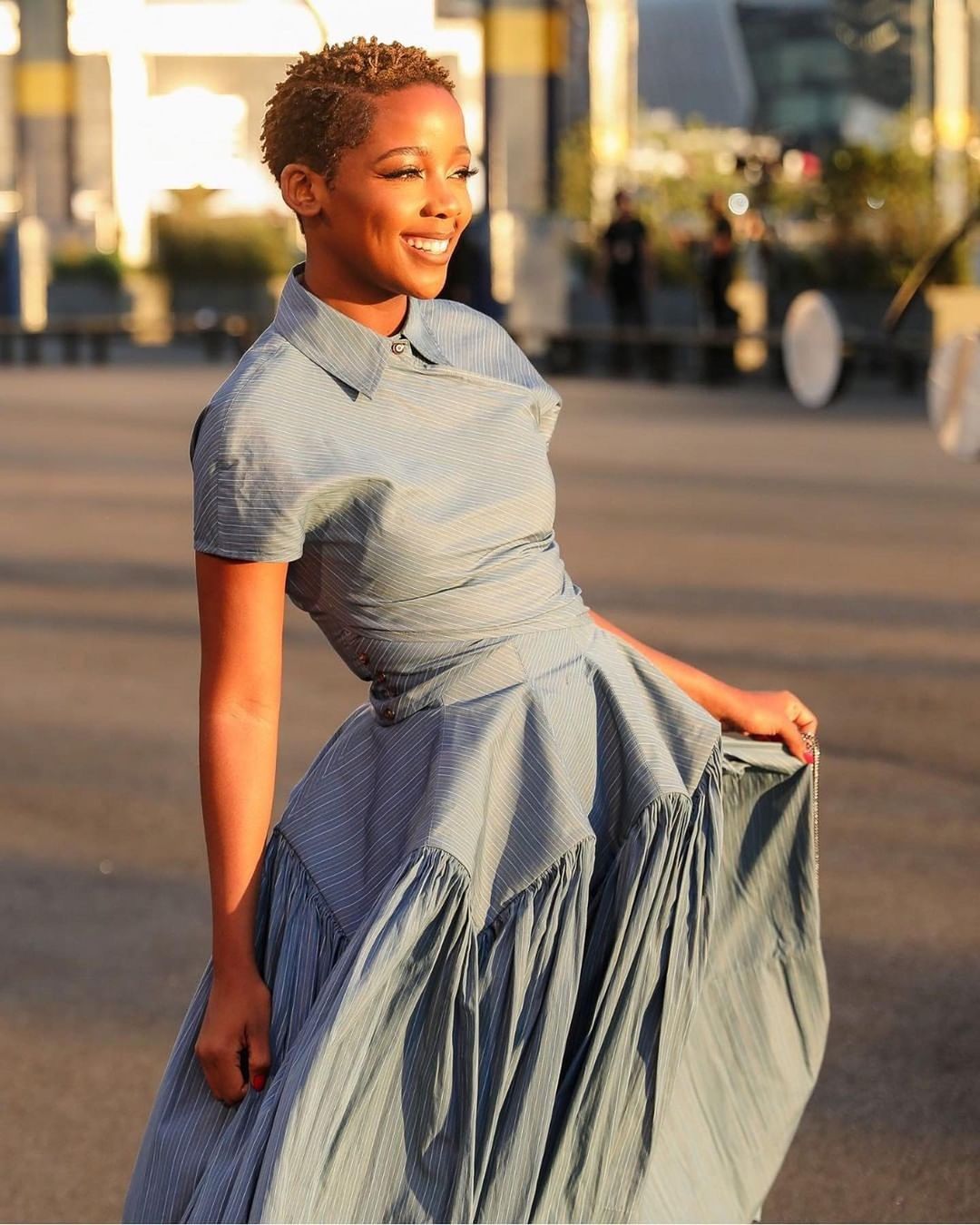 Thuso Nokwanda Mbedu was born on the 8th of July 1991  at Midlands Medical Centre in Pelham, Pietermaritzburg, KwaZulu-Natal.  Her mother was Zulu while her father has a mixed culture of the Xhosa and Sotho, which is reflected in her multicultural name.

Thus was raised by her grandmother who became her legal guardian after she lost her parents at a tender age. She started her education at Pelham Primary School and then enrolled in Pietermaritzburg Girls’ High School for her secondary education.

At the age of 18, she got admitted to study Physical Theatre and Performing Arts Management at the University of the Witwatersrand (Wits), where she graduated with honours in 2013. However,  in 2012, she took a course with Stella Adler Studio of Acting in New york city.

Thuso started her career in 2014 when she played a small role in the second season of the Mzansi Magic Soap Opera Isibaya. Thereafter she landed another role where she played the role of a journalism student and a wild child Kisto on the series, Scandal in 2015.

That same year, she was offered a guest role on season two of the SAC teen drama series, Snake Park in which she played the role of Kheti.  For six months, she did not get another acting gig.

Eventually, after six months of being unemployed, she got her first starring role in the television teen drama series, Is’tunzi, which premiered in October 2016. In the series, she played the role of Winnie,  a goal-getter who dreams of marrying wealthy and a famous rugby player only for her dreams to shatter after she was forced to go live with her strict aunt.

While filming a rape scene for the series, she suffered a panic attack. In September 2017, she was nominated for an international Emmy Award in the  Best Performance category for her role as Winnie in the series  Is’tunzi. She was the only African nominated that year.

In 2021, Thuso made her debut international appearance in the 2021 Amazon Video historical limited series,  The Underground Railroad. The series was based on the novel of the same name written by Colson Whitehead. However, the series was directed and produced by Academy Award winner Barry Jenkins. For the series, Thuso earned numerous awards such as the  Independent Spirit Award, Hollywood Critics Association Award and Gotham Award.

In April 2021, it was announced that Thuso would make her debut opposite Viola Davis in The Woman King, a historical epic movie inspired by the real life events that took place in the Kingdom of Dahomey. The movie was directed by Gina Prince-Bythewood.

Thuso is a single lady but recently, it was rumored that she is in a love relationship with Musa Mthombeni. However, she eventually debunked the information, saying they are just friends.

Thuso Mbedu is one of the best actresses in South Africa and she has gathered a lot of wealth from her job as an actress. She is estimated to have a net worth of about $1.1 million.

I love your courage and the way you act, you act so real and natural. Continue with the good work I will like to be like you.