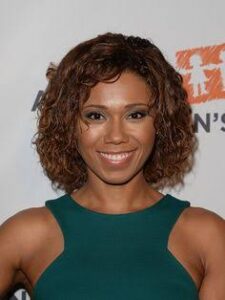 The renowned Nigerian movie actress was born in the ’70s to a Norwegian mother and a Nigeria father.

Born on 16th September 17th 1975, Toks was born in Lagos State, Nigeria. Lagos State is a State in the South Western part of Nigeria.

As it were, Toks had a rather adventurous childhood than the usual childhood experience.

She studied in different countries including Switzerland, England, and of course, Nigeria.

For her elementary, middle and high school, Toks attended prestigious schools in England.

Later, she studied and bagged a Bachelor of Fine Arts in Theatre Arts from the prestigious Smith College.

At the age of 12, Toks was counted among the most improved at the Horseback Riding camp in West Virginia.

Toks Olagundoye didn’t know she was destined to be an actress today. She knew while very much younger; in fact, it is okay to say that her enthusiasm and personality brought her this far.

Immediately after graduating from the University, Toks moved to New York. There, she interned at the Women’s Project Theatre Company. Later, Carol Nadell, a casting agent discovered her talent in an audition at a nail salon.

After the discovery, Toks bagged her first movie role which landed another role and another until she had had enough.

Now, Toks’ name can’t be mentioned without peeps placing it side by side with success.

° Writer and Creator of the Web Series, Alpha Series

° Booked a lead in the ‘Untitled Dan Fogelman Pilot’ AKA the most hilarious things she may have ever read, 2011

° She moved to Los Angeles to further her TV and film career, 2010 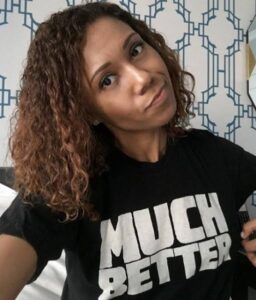 Toks Olagundoye got married to her husband, Sean Quinn on May 16th 2015.

This is coming after they first met on Twitter. They got married in 2015 after several years of dating. The couple are living in Los Angeles, California, USA and are living happily ever after.

Over to you! What else do you want to know about Toks Olagundoye? Tell me about it with a comment box…