Wendy Shay (Born on 20th February 1996) real name is Wendy Asiamah Addo. Wendy shay was born and brought up in the Eastern Region of Ghana. She is a popular Ghanaian Afropop and Afrobeats singer and her passion for music developed at the age of 4. She was on the list of the Top 30 Most Influential Women in Music in 2021 by the 3music award, a music award founded by the 3Music Network 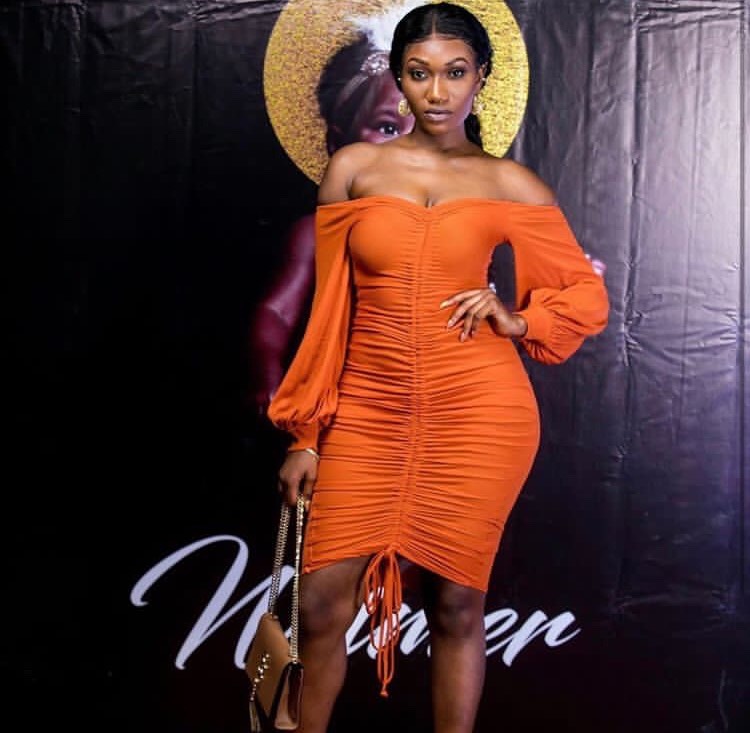 Wendy Shey was born on February 20th, 1996, into the family of Mr. & Mrs. Addo. She is from Accra in the Greater Accra Region of Ghana.

She completed her primary school at Morning Star and St. Martin de Porres in Accra and later relocated to Stuttgart, where she continues her education from grade 7 (JHS 1).

She relocated to Stuttgart, Germany, with her three siblings after she lost her father due to an illness at the age of four. She attended a music school in Burghausen, the largest town in the Altötting area of Upper Bavaria in Germany.

Wendy Shey is a professional nurse but she later trained as a midwife and she was a practicing Midwife in the clinical field until she relocated to Ghana to pursue her music career though she had developed a passion for it at the age of 4.

She was introduced to music by Rufftown Records Manager Bullet and signed in January 2018 after the ultimate death of label mate Ebony Reign. Wendy Shey started making music in Ghana in 2018.

in June 2018, She released Uber Driver then and also released the video in the same month. She has then released a number of singles such as Bedroom Commando, and Astalavista and also featured Shatta Wale in the song titled “Stevie Wonder” in 2019.

Despite her being a successful musician. There has been a lot of criticism from some of her fans. Some of her Attackers claim that Wendy has been trying to copy ‘Ebony’ and in no way she can replace her. Many Say that Wendy can’t be compared to a late diva.

Since 2019, wendy has won 3 top awards and has usually been in the Top 10 most radio-active artists list.

Wendy has performed at different shows and events such as Miss Ghana 2018 Finals, RTP Awards Africa 2018, and BF Suma Ghana Connect 18 concert, She was also invited to perform at Ghana’s Afronation Music Festival in December 2019.

On December 28, 2019, Wendy Shay was enstooled as the Ahenemba Hemaa of Gomoa Afransi in the Central Region (Ghana), and her stool name is Queen Ewurabena Ofosuhemaa Shay 1.

Wendy was listed along side Bella, Theresa Ayoade, and Efyathe in the list of 2021 Top 30 most influential women in music projects in a feature in the 3Music Awards Women’s Brunch

Since Wendy Shay lost her father due to illness, life has not been easy for her and her family. Her mother found it hard to take care of the family so she decided to send them to their grandmother before she traveled out to aboard for a while in search of Greener Pastures.

Wendy Shay was quiet about her relationship Until rumors emerged that she was dating OGeeand but later drop a photo of her and unclear pictures on the internet and that made people conclude that they are dating. Later in 2020, Wendy Shey announced that she is single and ready to mingle and she also described the type of man she dreams of. Wendy didn’t have any children yet and her busy schedule life shows that she might take some time before showing off her boyfriend.

Despite being in Ghanaian music for just two (2) years, she has won several and received many nominations for her Brilliance performance in music.

Wendy Shey has an estimated net worth of up $500,000, she has been making money from her music career since 2018 and she has become one of the richest younger musicians in Ghana’s music industry.