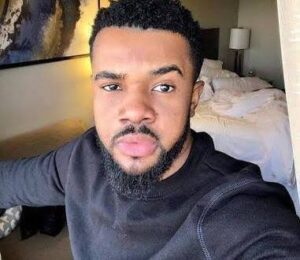 The renowned Nigerian movie actor Williams Uchemba was born in the ’90s to the beautiful family of Mr. and Mrs. Uchemba in Abia State, Nigeria.

Born on 22nd of October in the ’90s Williams is a native of Abia State. Abia State is a State in the South-Eastern part of Nigeria.

Being born and raised in Abia, Williams had both his elementary and high school there.

Later, he got admitted to the prestigious University of Nigeria Nsukka, where he studied and bagged a Bachelor’s Degree in International Relations.

Williams Uchemba started off as a child-actor. Plainly, he joined the Nigerian movie industry better known as Nollywood as a child.

Then, he featured mainly as a school boy, an orphan, a pauper, and some other times, he featured as a child from a rich family.

Shortly after joining the movie industry, he rose to fame. This was after the release of the now Nollywood blockbuster movie ‘The Journey of the Dead.”

Uchemba acted in the movie alongside other now-famous Nollywood superstars like Pete Edochie, Olu Jacobs, and Ramsey Noah.

Notably, Williams has featured in multiple other blockbuster Nollywood movies. “Beyond Belief” in 2003, “The World Of Riches” in 2006 among others.

Yes, kindly, Williams got married to his beautiful wife Oscar Brulle in 2020. 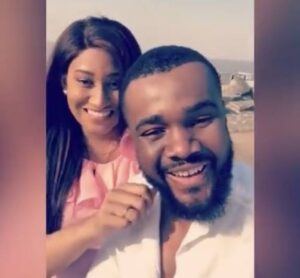 Altogether, Williams Uchemba has featured in over 150 movies since he played his first movie role. These among others include;

° I Love What I Hate

° The World Of Riches

° The Journey of the Dead

° Best Actor in a Comedy at City People Entertainment Awards

° Most Promising Act to Watch at Best of Nollywood Awards

° Founder and President of Williams Uchemba Foundation; a foundation founded to help put smiles on the deprived

The renowned movie star Williams Uchemba’s net worth is estimated at 500,000. He earns his net worth from acting, influencing brands, endorsements, comedy, etc.

Over to you! What else do you want to know about Williams Uchemba? Tell me about it with a comment box…