Back to All Biographies
Graphic Musician

Adekunle Almoruf Kosoko was born into the Kosoko royal family of Lagos State, Nigeria. He is popularly and professionally known by his stage name which is Adekunle Gold or AG Baby, he is a Nigerian musician, songwriter, and graphic designer. He began his career early and shot to the limelight in 2014 after releasing Sade, a cover of One Direction’s Story of My Life. 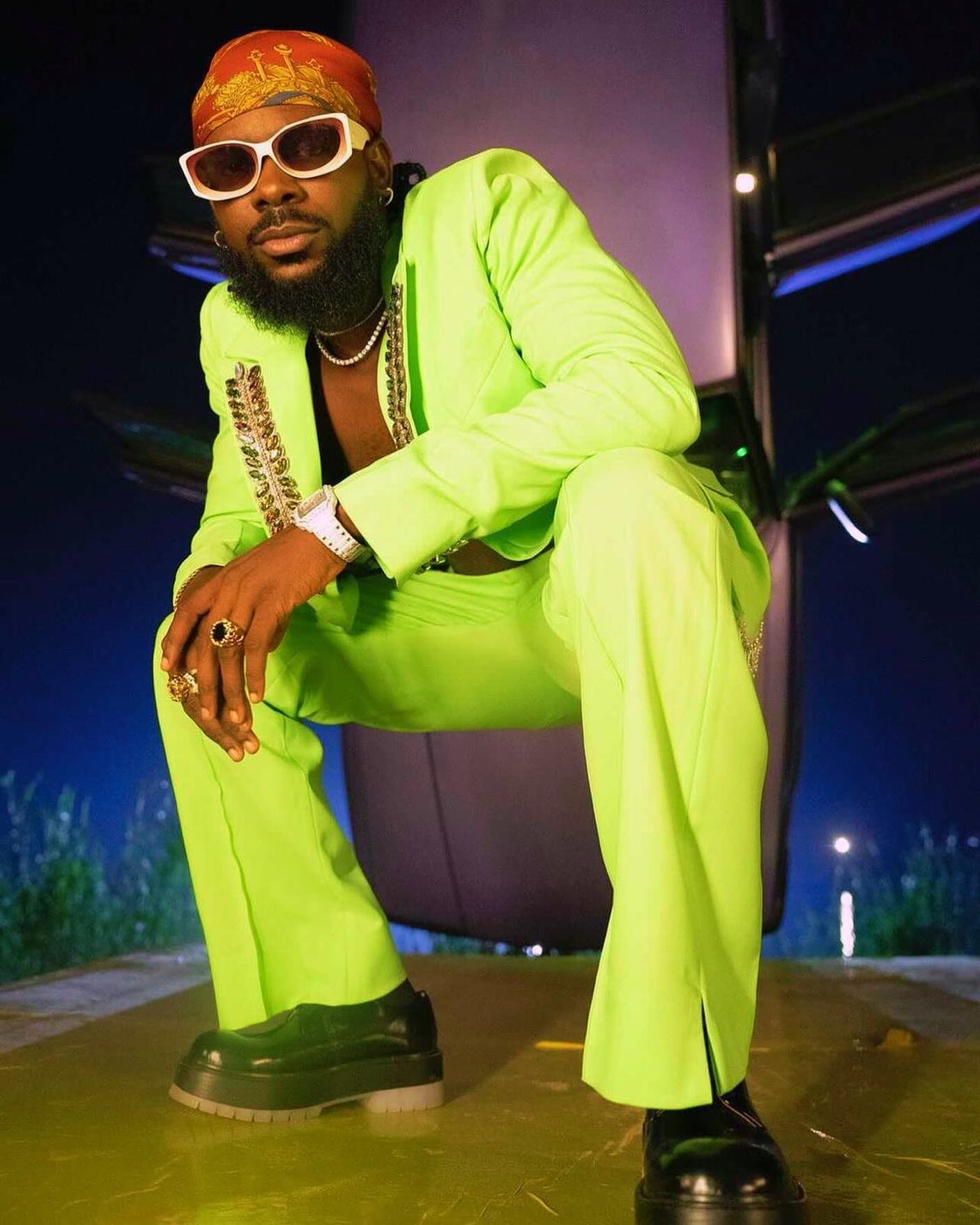 Adekunle Almoruf Kosoko was born into the Kosoko royal family of Lagos State, he was born and raised in Ifako-Agege and Ikotun, Lagos State, Nigeria on the 28th of January, 1987 as the first and only son of the family, He attended public schools for his primary and secondary education, thereafter, he attended Lagos State Polytechnic where he holds a Higher National Diploma in Arts and Design. He is related to the veteran actor, Prince Jide Kosoko, also from the Royal kosoko family.

Adekunle Gold is a very talented and handsome musician, his voice is unique and rich to crown it all he is very talented and crafty. Before he became famous he worked as a sculptor and a graphics designer, he was dubbed the “King of Photoshop” after posting an edited photoshop image of him hugging Tiwa Savage on social media platforms. Things were going on fine as he was a freelance graphics designer though he hasn’t achieved what he really wanted. His love for music made him join his church choir group where he spent 11 years, he draws his inspiration from King Sunny Ade and Evangelist Ebenezer Obey who he listened to while growing up and he was able to write his first song.

His journey to the limelight began after the release of “Sade“, Adekunle released his first official single titled “Orente” through YBNL Nation after signing a music contract with the record label on March 5, 2015, till the extent of releasing his fourth album On the 4th of February, 2022, Adekunle Gold unleashed his long-awaited fourth studio album titled “Catch Me If You Can” containing 14 tracks, with guest appearances from Davido, Fatoumata Diawara, Lucky Daye, Stefflon Don, Foushee, and TY Dolla $ign.

Adekunle Gold’s contract with YBNL expired and he didn’t renew it instead he launched his own record label called “The 79th Element” which is the atomic number for Gold in Chemistry. His gradual success also made him launch “The Afro Urban” which is being operated by him and other team members.

His album Gold made it to the No7 Billboard World Album Chart for the week and when you switch from one TV station to the other there are greater chances Adekunle Gold music is being played, his album was also endorsed by Adele and other prominent celebrities.

Adekunle Gold has worked with other A-list singers in Nigeria like Simi, Lil Kesh, Omah Lay, Wizkid, Kiss Daniel, Olamide, and many others.

Adekunle Gold is a ladies’ choice and a generally well-loved person, his fan base is huge and he stands out among other musicians due to his quality songs and beautiful music videos. In January 2019, Adekunle Gold and his heartthrob Simisola Bolatito Ogunleye (Simi) tied the knot, the couple has been dating for over 5 years before they finally got married.

Interesting to see two great talents get married to each other, the union is blessed with a daughter named Adejare, we wish them the best in their love life.

Adekunle Gold’s net worth is estimated to be about $1.8 million, his earnings are attributed to income made from his songs, musical videos, stage performances, and his ambassadorial deals.