Adebayo Adeleke, better known by his stage name B-Red, is a Nigerian singer, songwriter, and entrepreneur. B-Red is a versatile singer who performs in the R&B and Afro Pop genres. He is also well-known for being Davido’s cousin, a popular pop star from Nigeria. His older brother, Shina Rambo, is also a member of the HKN Music label as well. He is also the son of the 2022 governor-elect of Osun State, Ademola Adeleke. 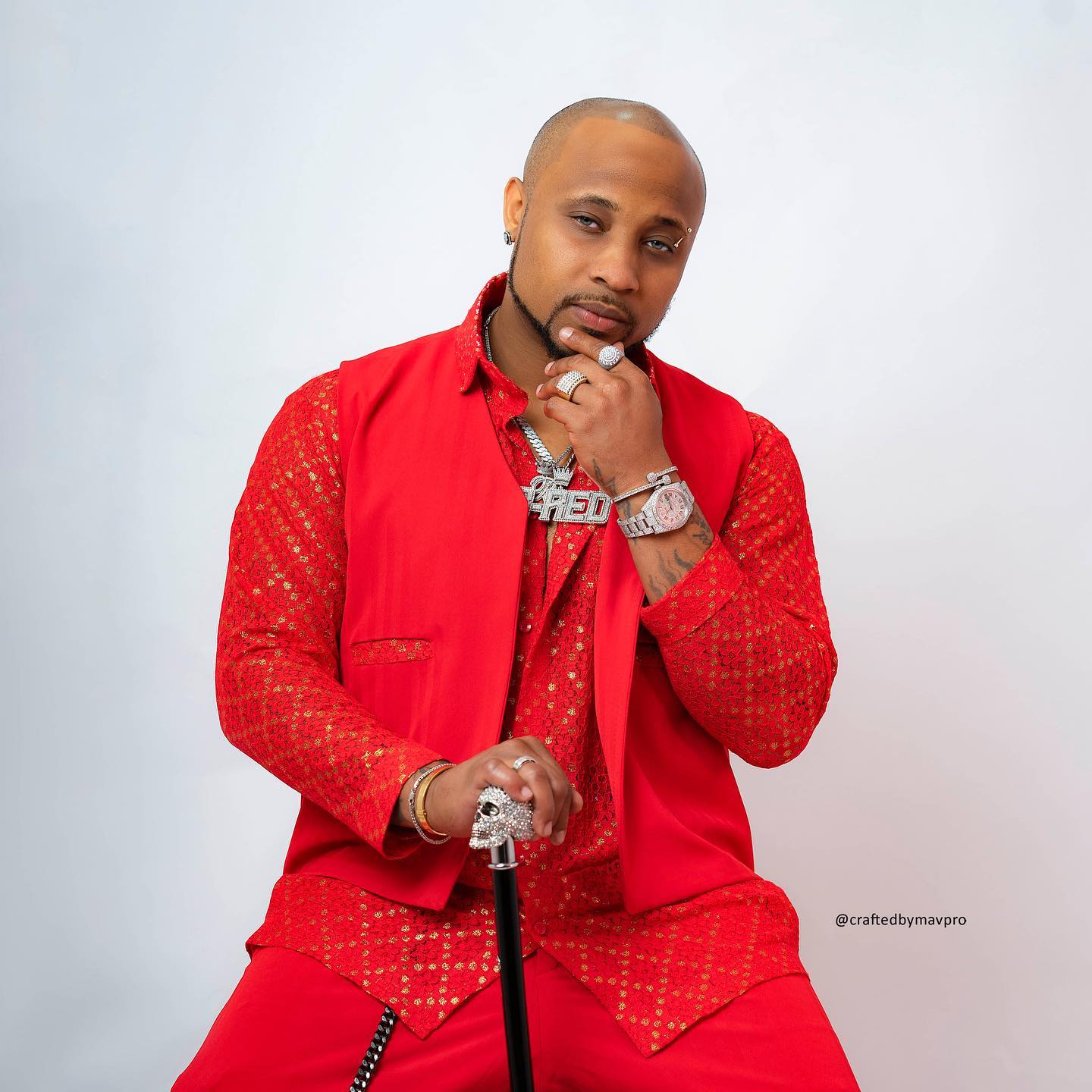 B-Red was born on July 23, 1991, in Atlanta, Georgia, the United States of America, but hails from Ede, in Osun State, Nigeria. He is the son of a Nigerian senator and governor-elect of Osun State, Ademola Adeleke, and Christiana Adeleke, a USA-based entrepreneur. He had his education in the US. The institutions he attended are not known to the public.

B-Red relocated to Nigeria in 2013, alongside his cousin Davido, to pursue his music career. He has been with HKN for years, but during that time he hasn’t released an album; instead, in the middle of 2016, he only put out an extended play EP. The eight songs on the EP, titled “All The Way Up,” include six bonus tracks that were primarily previously published singles. He did, however, record a number of singles between 2013 and 2015, including “Uju” and “Cucumber,” which he collaborated on with Akon.

When speaking about how he got his stage name, B-Red said it is a combination of “Bayo and Red,” where B represents Bayo and Red represents fair skin due to his complexion. “Red” is a general term used to describe fair-skinned people in the United States.

B-Red has collaborated with Don Jazzy of Mavin Records and released two songs under the title “E Better” in April 2019. And “Achie,” which features Davido, an accomplished performer. On October 12, 2020, B-Red released a new studio album titled “The Jordan.” The intro of the album featured Senator Ademola Adeleke, his father, as a guest performer. B-Red also included 2Baba, a legendary musician from Nigeria, and other guest performers included Davido, Slimcase, Dremo, Sina Rambo, Mayorkun, and Peruzzi, among others.

B-Red is married to Faith Johnson. Their union is blessed with a son named Jordan Adetato Oshioke Adeleke.

B-Red has been living a private life since he got married, which is the opposite of his previous affluent and party lifestyle. He announced the acquisition of his 120 million naira mansion in Lagos via his Instagram page in the previous year.

His net worth is estimated at $4 million.