Back to All Biographies
Acting Comedy Entertainment

Bright Okpocha who is popularly known as Basketmouth was born on September 14th, 1978 in Lagos State. He is a Nigerian comedian, actor, TV presenter, producer, and MC. He has put on successful stand-up comedy shows like Basketmouth Uncensored all around the world. Basketmouth hosted the Two Things Challenge on Instagram, which sparked fan outrage after a young fan submitted a video of him saying obscene things about sex with a toddler in close proximity. He also worked as a producer on the film “Ghana Jollof”. 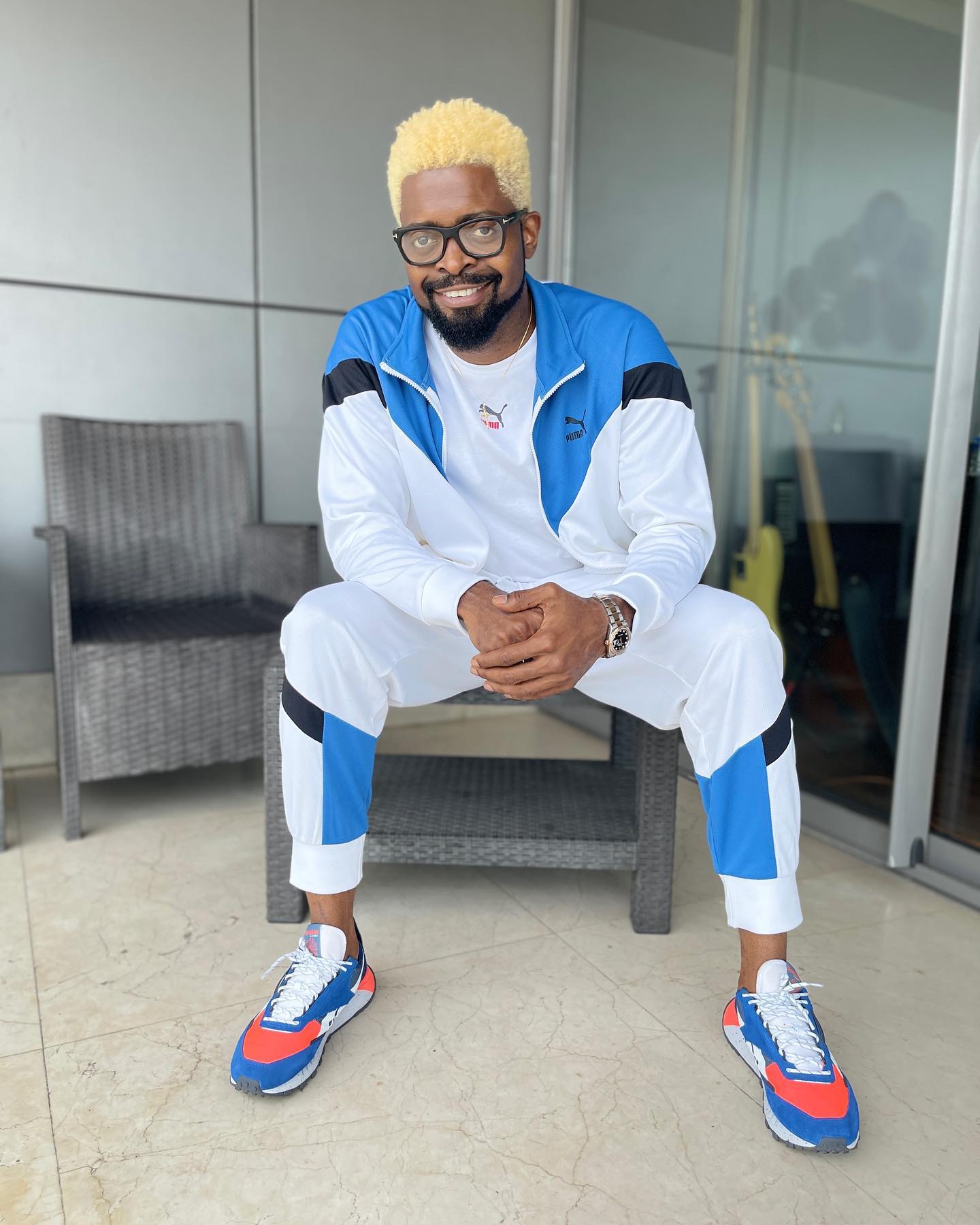 Bright Okpocha is a Nigerian singer who was born in Lagos but grew up in Abia. He finished primary and secondary school in Apapa, Lagos, before enrolling in the University of Benin in Edo State to study Sociology and Anthropology. In 1991, Basketmouth discovered his drumming talent, and in 1994, he began rapping. He then founded “Da Psychopaths,” a seven-member group, and began performing and rapping in 1995, but the group disbanded before releasing any recordings. With his brother Godwin and Muyiwa Ola-Phillips, he founded “Da Oddz,” a rap trio that performed a few gigs but failed to break through since their kind of rap was not recognized in the mainstream.

In the year 2000, Basketmouth made an appearance in the Lagbaja music video Gra Gra. In 2005, Basketmouth was discovered by Oppa Williams through his comedy show titled “Night of a Thousand Laugh”. He also won the National Comedy Award and the honors for best stand-up comedian of the year in 2005 and 2006.

Basket Mouth, who is a brand ambassador for Glo, Malta Guinness, KIA Motors, Sure Bet, Ping Express, and a number of other well-known companies, is also committed to giving back. He founded his nonprofit, “The Bright Okpocha Foundation,” in 2014 with the goal of spreading holiday joy to individuals who are spending the holidays in hospitals.

Basketmouth starred in “My Flatmates,” an African magic show (2016). Basketmouth recently entertained Femi Otedola, a Nigerian billionaire, at his house. He launched his comic online series “Papa Benji” in December 2020.

Basket Mouth has performed on some of the biggest stages in the world including The Comedy Central Special, The Just For Laughs Festival In Montreal Canada, and headlined the Comedy Store. He has worked with internationally acclaimed comedians like Red Grant, Melanie Camacho, Jeff Ross, Hanibal Buress, and Deray Davis.

He was nominated alongside fellow comic Mr. Funny in the inaugural edition of The Humour Awards Academy in 2021.

Basketmouth met his wife, Elsie Ngowi Uzoma, in 2003. Basketmouth had gone to the University of Lagos, which also happens to be Elsie’s alma mater, to promote his first big performance, ‘Basketmouth Uncensored,’ at the time.

Their relationship did not officially begin until they met again in 2004 at a bar in Lagos. Basketmouth and his beautiful bride, Elsie Ngowi Uzoma, dated for a few years before marrying on Saturday, November 6, 2010. They married at Giwa Barrack in Falomo, Ikoyi, Lagos State. Basketmouth is blessed with three children, 2 daughters, and 1 son.

He founded his nonprofit organization, ‘The Bright Okpocha Foundation,’ in 2014 with the goal of spreading holiday pleasure to individuals who are spending the holidays in hospitals.