Efemena Mukoro, professionally known as Blackmagic (formerly Ejay and Ejay Blackmagic), is a Nigerian rapper, singer, and songwriter. He started his music career while he was still a student at the University of Benin. He is the CEO of the Based on Belief record label and also has a Headies Award for the “Best Alternative Song” category to his credit in 2013. 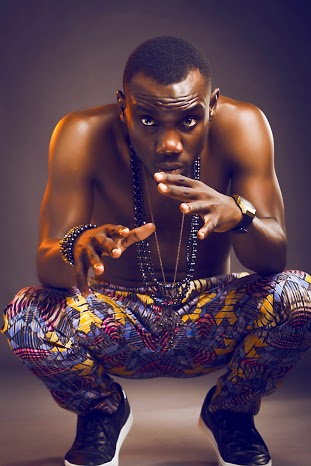 Blackmagic was born on April 21 and raised in Lagos State, Nigeria, but he is a native of Delta State, in the Niger Delta region of Nigeria. He had his elementary education in Lagos and also had his secondary schooling at King’s College, Lagos. He later proceeded to the city of Benin, where he obtained a degree in computer science from the University of Benin.

Blackmagic’s interest became heightened as he became older; his passion for music also expanded significantly, and he was fortunate to have easy access to cameras and recording tools. He became well-known on campus at the University of Benin (UNIBEN) while he was still a student since he frequently showed off his musical interests while making movies of his classmates and lecturers on various subjects. As time passed, he was able to gain a better understanding of what his future held and what he might do to improve it. His love for music grew from that point on, and it is entirely understandable that he was unable to put it on hold any longer.

Blackmagic began his music career under the alias Ejay after quitting school to pursue it. He was signed in 2010 as a soul and Afrobeat performer to Lynxxx’s Syndik8 label. In 2011, he went on to release a number of singles as well as his debut album, Blackmagic 1.0. He rose to fame with the single “Confam,” which he co-wrote with Sasha P. However, he gained notoriety after the 2013 single “Repete” was released. One of the Nigerian songs with the most favourable reviews is “Repete,” according to the press. He is regarded as a pioneer of the alternative scene in Nigeria.

After leaving Syndik8 records, he eventually changed his stage name to Ejay Blackmagic and then to just Blackmagic. Later, in 2013, he established his own record company, Based on Belief.

He is predominantly known as one of the pioneers of alternative music in Nigeria, with songs such as “Sorry” (2021), “Anything for Love” (2019), “Ponmo” (2019), and the 2021 album “Something for The Pies”, among others. He has also worked with the likes of Olamide, Adekunle Gold, Seyi Shey, Blaqbones, Vector, Phyno Reminisce and a host of others.

Black Magic has had a good time and made memories in the music scene, but much is not known about his relationship and other aspects of his life.

Black Magic has been off the music scene for quite a while. I guess he is keeping his life private and away from the public scene.