Back to All Biographies
Acting Comedy Musician

Chief Chika Okpala, MFR, is a Nigerian comedian, musician, and actor. He gained the nickname Chief Zebrudaya from playing the character in the TV comedy series New Masquerade, which ran from 1983 until 1993. 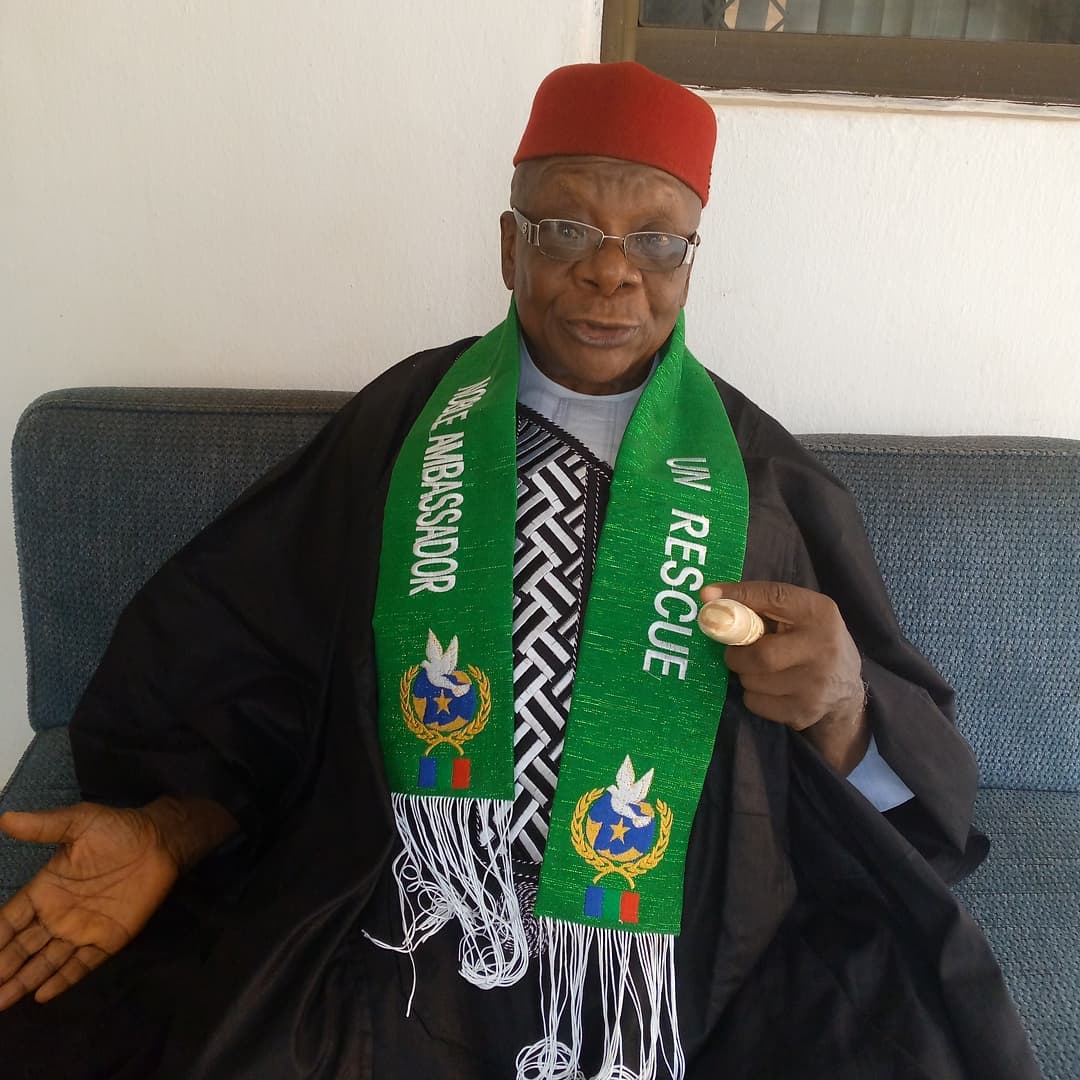 Chief Chika Okpala MFR was born on June 10, 1950, in Onitsha, Anambra State, between 1964 and 1972. In Ahoada, Rivers State, where he worked as a home helper, he was tutored by his father’s friend. He attended Prince Memorial High School in Onitsha, a town in Anambra State, Nigeria. Later, in 1996, he graduated with a Bachelor of Science (B.Sc) in Mass Communication from Enugu State University of Science and Technology.

One of the pioneers of Nollywood is Chika Okpala. When he played the lead role in the well-known NTA sitcom “New Masquerade” in 1983, he made his formal acting debut. From his portrayal in the show, which ran for ten years from 1983 to 1993, he acquired the moniker “Chief Zebrudaya Okoroigwe Nwogo aka 4.30“.

He usually played a comical role, and his language was filled with misspelt and erroneous words. Lizzy Evoeme (Ovuleria), James Iroha (Giringory Akabogu), and Claude Eke (Prince Jegede Sokoya) are among the other cast members of “New Masquerade.”

Chika Okpala was a member of the travelling theatre troupe “Two Cities” before making his stage debut in 1983. Together with his pals, he established a theatre company, and the two of them gave performances around the state of Anambra. Chief Zebrudaya has given performances in numerous Nigerian states and abroad. He also took part in the 1980s television programme “Cockcrow At Dawn.” He received a stage invitation to play in 1986 from Siaka Stevens, the former leader of Sierra Leone.

His most notable film, “New Masquerade,” is among the numerous in which he has appeared. He mentioned that the majority of his “New Masquerade” co-stars are still in good health and would readily start another series if given the funding.

Chika Okpala is a writer in addition to being an actor. In addition to “Aim Ike Di Mkpa,” he also wrote “Ogologo Ndu-Long Life,” which was submitted for the John Hopkins Awards.

Regarding Chika Okpala’s wife and family, nothing is known at this time. However, it is well known that the seasoned actor is married with children. He and his family are presently residing in Nigeria. But he alternates between writing scripts in the United States and Nigeria. He is an active member of the Actors Guild of Nigeria, but in a Vanguard interview, he bemoaned the absence of sponsors in Nollywood, which he said had hampered the industry’s development.

Chika Okpala (Chief Zebrudaya) has received a number of honorary distinctions and awards. He was initially named an Officer of the Order of the Niger (OON), and then, in appreciation of his services to the growth of Nigerian theatre, he was named a Commander of the Federal Republic (CFR). He represents POCACOV on a national level as well.

He also won what appeared to be the biggest industry distinction of his life on March 4, 2017, a prize formerly held by people like Olu Jacobs and Pete Edochie. He received a brand-new automobile as part of the Africa Magic Viewers’ Choice Award (AMVCA) 2017 Industry Merit Award.